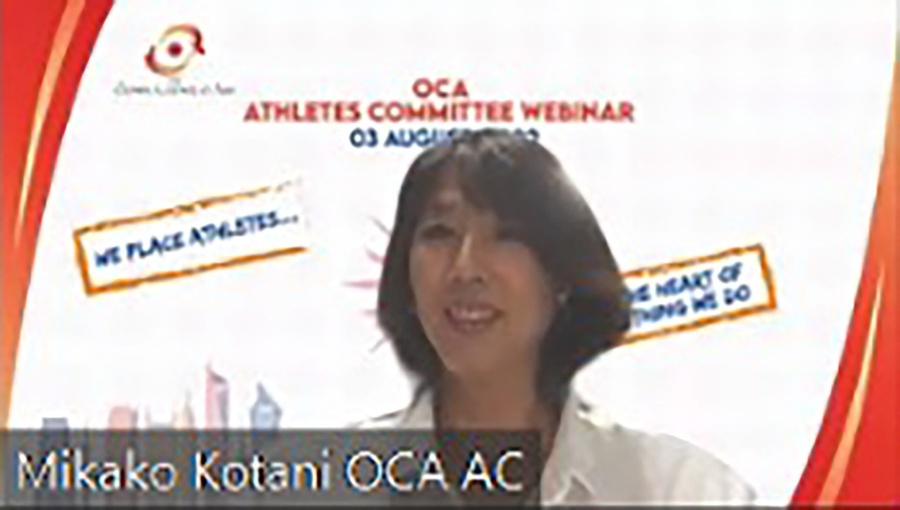 Kuwait City, Kuwait, September 6, 2022: The Olympic Council of Asia is urging Athletes Committees around the continent to make the most of funding available from both the OCA and the International Olympic Committee.

At a virtual meeting of the OCA Athletes Committee on Monday, September 5, the OCA’s Head of Athletes Development Department and Special Projects, Tony Tarraf, reported that several Athletes Committees affiliated to their National Olympic Committee had held events or had applied to hold events under the OCA’s Athlete Centered Project Fund.

But there were still funds available for more Athletes Committees to apply for OCA funding to hold athlete-related activities, he said.

“Things are moving forward,” Tony said, as members saw photos from the first project to take advantage of the fund – conducted by Mongolia Athletes Committee in June.

Several other Athletes Committees have shown an interest in hosting a project or have started the process to apply for funds. These include Japan, Vietnam, Hong Kong China, Singapore, Malaysia and Tajikistan.

The OCA has established the Athlete Centered Project Fund under the continental programme of Olympic Solidarity, the IOC’s funding arm.

During the meeting, Tony explained that two NOCs could hold a joint project and apply for 3,000 USD each, and that the application process and accounting had been made NOC-friendly to avoid too much paperwork.

The OCA Athletes Committee will focus on this issue during their report to the OCA General Assembly in Cambodia on October 4 in order to encourage NOCs to apply for this funding and promote the role athletes play in the international Olympic movement at local, continental and world level.