Bangladeshi archer Ruman nominated for 2019 World Archer of the Year 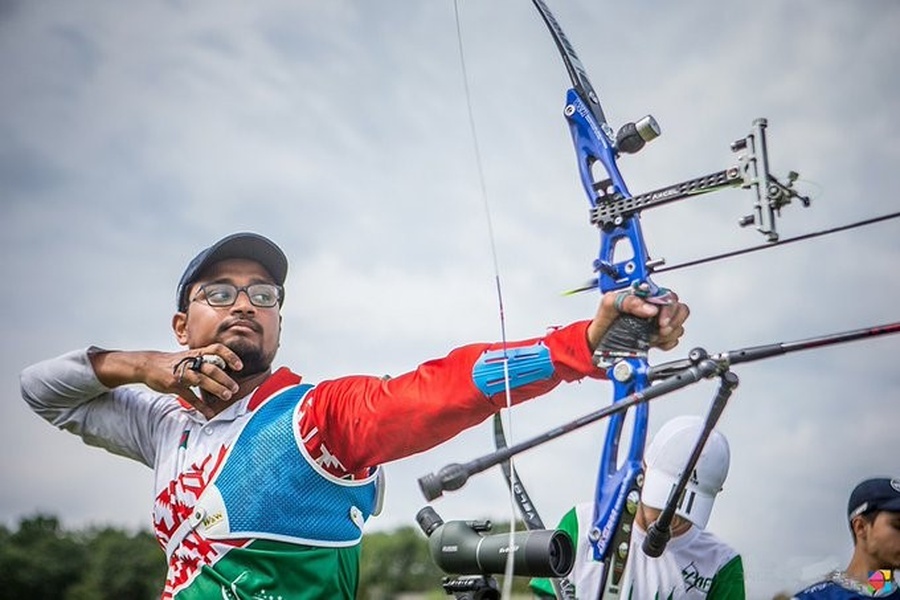 Dhaka, Bangladesh, January 8, 2020: Bangladesh’s top archer Mohammad Ruman has been shortlisted for World Archery’s 2019 Athlete of the Year. Ruman, who became the first archer from Bangladesh to qualify for the Olympics, was excited at being nominated in two categories, Best Recurve Archer and Breakthrough Archer in 2019.

“It was surprising. I couldn’t believe it at first,” said the 24-year-old Ruman, who earned Bangladesh a quota place at this year’s Olympics in Tokyo.

“It’s an inspiration ahead of the upcoming challenges waiting for me this year.”

Ruman created local history when he qualified for the Olympics by beating two-time world champion Kim Woo-jin of South Korea in the fourth round of the 2019 Hyundai World Archery Championships in the Netherlands last June. Ruman, ranked 40th in the world, beat the world number four 6-4.

That victory earned him a direct spot at the Tokyo Olympics. In the past, smaller sporting nations like Bangladesh had to depend on invitations from the International Olympic Committee.

“I’m not thinking about winning the award because being nominated is already a big achievement for me,” Ruman told the Dhaka Tribune.

A month-long public vote and a panel of experts will decide the winners which will be announced during the Indoor Archery World Series Finals in Las Vegas, United States, on February 8.