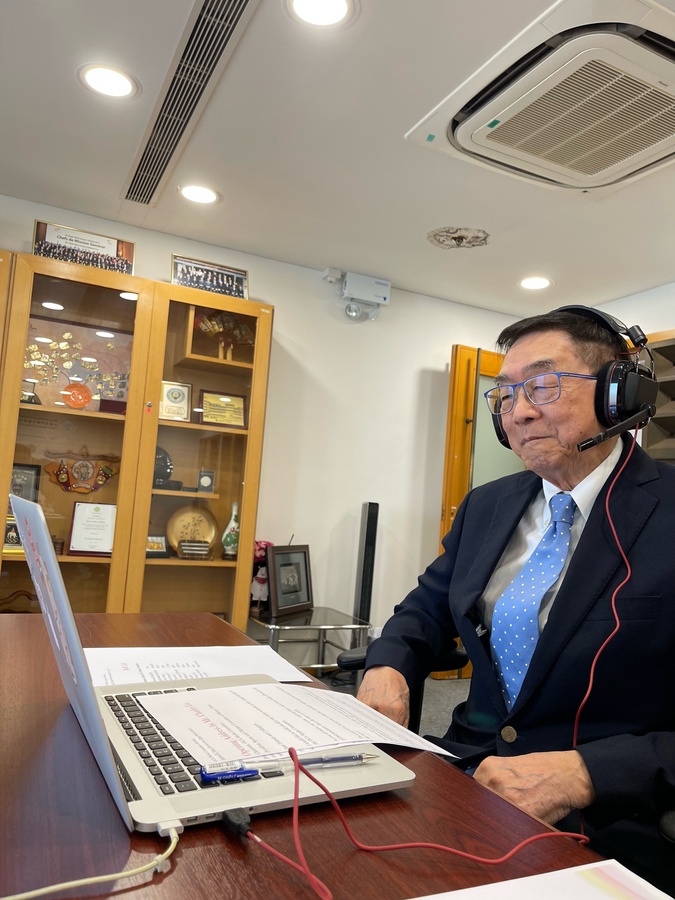 Macau, China, August 23, 2022: The Olympic Council of Asia Media Committee met virtually on Tuesday, August 23 and heard an update on the OCA’s media platforms as well as from the Hangzhou Asian Games Organising Committee (HAGOC).

The Chair of the OCA Media Committee, Mr. Charles Lo, welcomed all members to the first meeting since 2020 and was delighted to report that the Olympic movement in Asia was back on the move after the pandemic.

“We have new dates for the 19th Asian Games in Hangzhou, China – September 23 to October 8, 2023 – and preparations are in full swing for the OCA General Assembly in Cambodia on October 4, 2022,” said Mr. Lo, who is President of the Sports and Olympic Committee of Macau, China.

“The big wheels of the OCA are in motion again – moving Ever Onwards, as our slogan says – and our meeting today is more proof of this so that we can update our members on all developments.”

HAGOC reported that the press operations and broadcast services were in full swing and that several organisations had already booked private office space in the Main Media Centre.

There was also an update on the services to be provided at the Venue Media Centres of the Asian Games, press operations during 16 completed test events, the Asian Games News Service, photo operations and media accommodation, accreditation and transportation. The Media Village at the main Asian Games Village will be able to accommodate 5,500 media.

Regarding broadcasting, HAGOC reported that construction work inside the International Broadcast Centre will begin on March 1, 2023 and be completed in August – one month before the start of the 19th Asian Games.

In terms of media accreditation, it was announced that media who had already completed the registration process for the Hangzhou Asian Games would not have to re-register for the new dates, and that HAGOC is planning to reopen the accreditation system on December 20 for new media registrations.

The OCA reported that a total of 37 TV stations and online broadcasters from 12 countries and regions had signed up for the Hangzhou Asian Games, including 20 from Thailand.

The OCA social media department provided a six-month review from February-July 2022 and reported total impressions of over 12 million on the three main platforms, and a total engagement of 325,444. They also listed the top performing posts in terms of engagement and the top three hit posts on Twitter, Facebook and Instagram.

Finally, the OCA media department updated members on the quarterly newsletter Sporting Asia and on the daily content of the OCA website (www.ocasia.org), as well as content plans in the Asian Games year 2023.

The Chairman proposed that the next meeting of the OCA Media Committee be held in June 2023 to coincide with the World Press Briefing in Hangzhou, China so members could visit the Main Media Centre, the Media Village and the Hangzhou Olympic and Expo Centre which will be the hub of the 19th Asian Games.

In thanking the OCA HQ management and staff in Kuwait for their continued support of all forms of media, Mr. Lo said: “We are confident that we will have an even stronger media presence at the 19th Asian Games next year and enjoy unprecedented media coverage in all forms of media.”