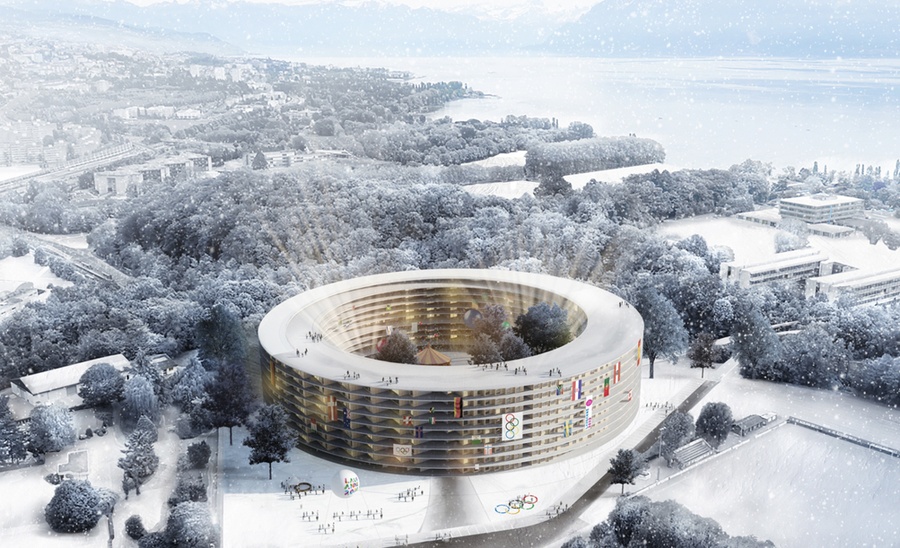 Lausanne, Switzerland, January 8, 2020: Part of the Chinese delegation arrived in Lausanne on Tuesday morning, January 7, for the third Winter Youth Olympic Games that will kick off on Thursday, reports Xinhua News.

The members, including coach Perry Marshall and four athletes, are also the first batch of Chinese athletes to check in to the Youth Olympic Village in the western part of Lausanne.

China has dispatched 53 athletes to the Lausanne Winter YOG from January 9-22, more than doubling its representation at the previous two editions.

The delegation hopes to gain valuable experience in international competitions and sees the Winter YOG in Lausanne as a good test for the 2022 Winter Olympic Games on home soil where they plan full participation in the 109 events on offer.

A source said that the Chinese delegation will have different schedules of arrivals in Lausanne over the coming weeks.

"It's my first time here in Lausanne. I feel quite excited now," said Liu Tong.

Walking towards the Village following an accreditation procedure, Chinese women's curler Pei Junhang took a picture of the athletes' residential building with her cellphone.

"I've never stayed in such a big athletes’ village before. I'm very much looking forward to life here," Pei pointed out.