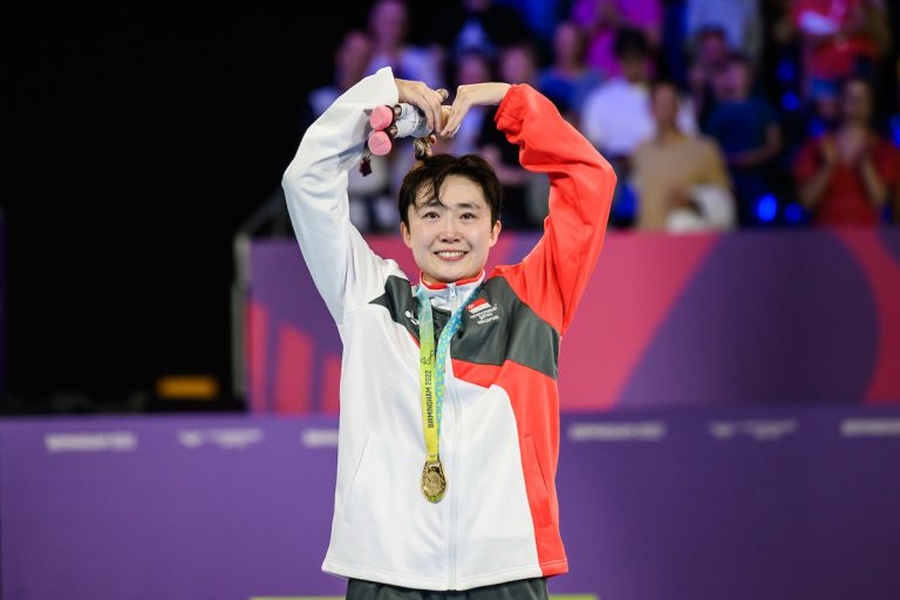 The award, which is named after the former honorary secretary of the Commonwealth Games Federation for 17 years, is presented every four years and is based on excellence, fair play and overall contribution.

Feng, 35, has won 13 medals, including a golden hat trick at Birmingham, at four Commonwealth Games on three continents and is quite rightly regarded as a legend of the CWG due to her success over 12 years since her debut in New Delhi in 2010.

The Birmingham CWG closed on Monday evening, and Singapore celebrated its 57th National Day on Tuesday, August 9, so Feng’s success added to the feelgood factor around the sports community.

The Singapore National Olympic Council said: “When it comes to the Commonwealth Games, Feng Tianwei reigns supreme. Her achievements have been astonishing, her numbers legendary – the Games’ most decorated paddler.

“Smashing her way into the history books, it is little wonder that she recently came in third out of 13 nominees in a Commonwealth Games GOAT (Greatest of All Time) poll.”

In Birmingham, Feng completed a golden hat trick with victory in the women’s singles, women’s doubles and women’s team, taking her CWG golden tally to nine, accompanied by three silver and one bronze.