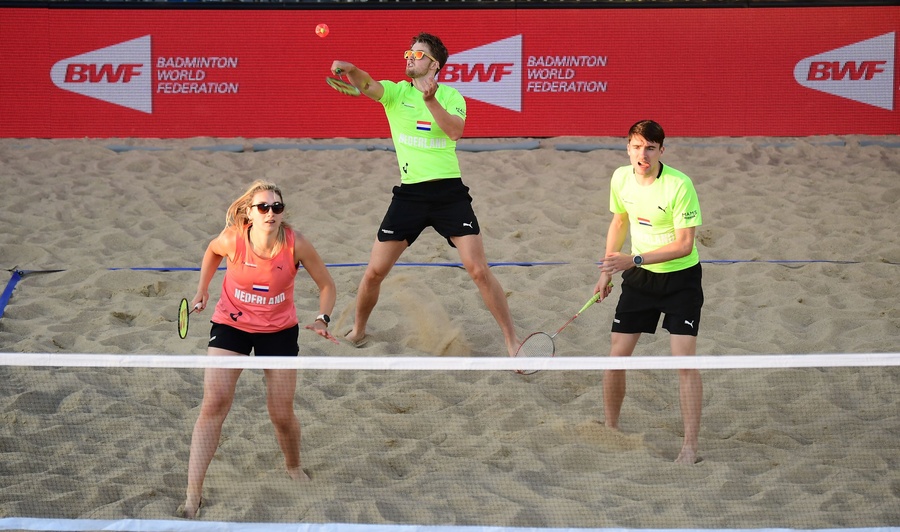 The Association of National Olympic Committees on Thursday announced AirBadminton as one of four new sports to be added to the sports programme in 2023. The other three are 3×3 basketball, rowing beach sprint and surfing (longboard and shortboard)

AirBadminton was chosen based on the fundamental criteria that the programme should include beach sports that can be sustainably delivered and in accordance with the Games' aim to target the youth and inclusivity.

BWF President Poul-Erik Høyer said this was an important milestone for the sport following AirBadminton’s launch in May 2019.

“We have been working on an outdoor badminton concept for many years and the acceptance of the competitive version of AirBadminton at the World Beach Games is a signal that the sport is here to stay,” Høyer said.

“The World Beach Games is a unique opportunity to showcase AirBadminton as a dynamic game that is accessible to all.

“AirBadminton on sand delivers an exciting, skilful, intense level of play and, with such a proud history of badminton in Indonesia, we expect our very first World Beach Games appearance in Bali to be a thrilling one.”

“AirBadminton will add something completely different to the Games and provide more opportunities for more NOCs to engage new sports, new athletes and a new generation of fans,” Lindberg said.

“We have no doubt that AirBadminton’s inclusion will greatly contribute to the success and the legacy of the Games.”

The BWF is finalising a qualification system for the ANOC World Beach Games in Bali in August 2023.