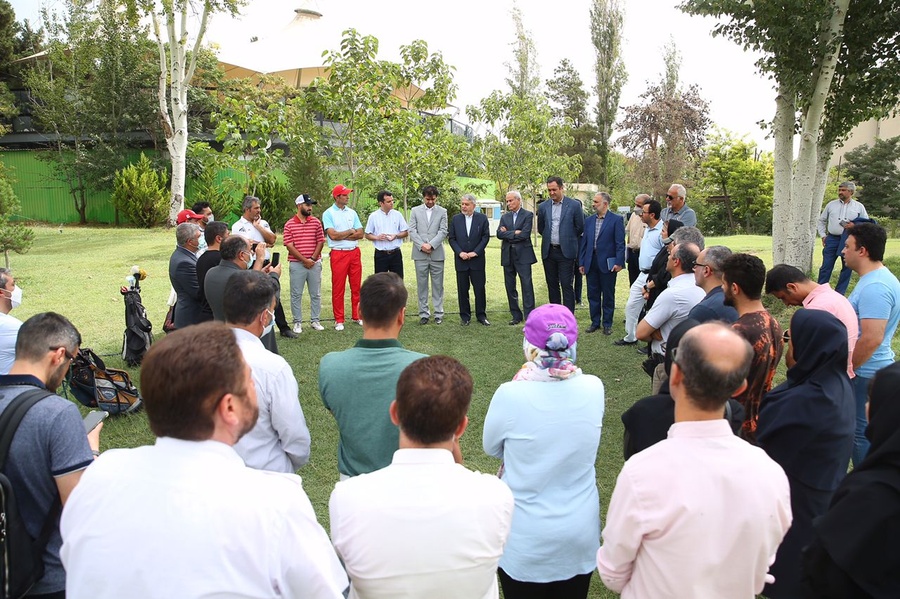 Tehran, Iran, August 2, 2022: Dr. Seyed Reza Salehi Amiri, President of the National Olympic Committee of the Islamic Republic of Iran, has given golf a major shot in the arm by calling for more women to take up the sport and for the building of more golf courses in the country.

The Iranian NOC President made the twin announcement when he visited the training camp of the Iranian men’s national golf team preparing for the 2022 World Amateur Team Championships in Paris.

Salehi Amiri, who dropped by last week to see the progress of the men’s national team for the Paris showpiece - both for men and women - from August 24 to September 3, wished the national squad all success.

He then announced that the NOC would support the sport in every possible way in the future, including pushing for more women to take up the sport and also called for more golf courses to be built around the country.

“We need more women participating and we intend to support the development of women in golf with an equal or even more budget. Also a country of 80 million people should have at least seven to eight golf courses and we will take positive steps for golf in the future,” Salehi Amiri promised.

He added: “There is a misconception that golf is an elite sport and it is a luxury. This has probably limited participation. But the lack of physical contact and no age limit broadens the scope. Of course, our duty as a NOC is mainly related to technical issues and international events, but we will enter in terms of hardware in the case of golf.”