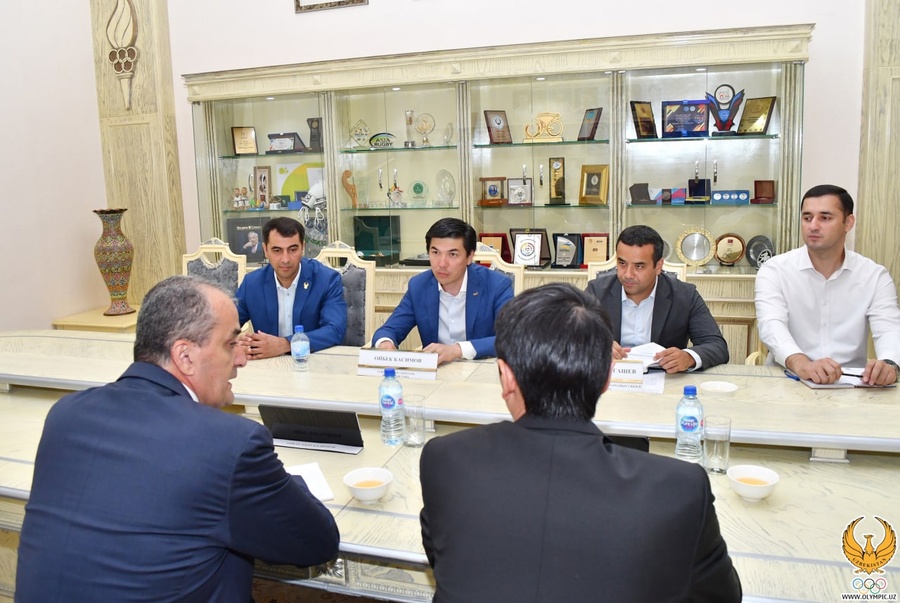 Tashkent, Uzbekistan, July 28, 2022: The leadership of the Uzbekistan National Olympic Committee met with a top official of the Ministry of Foreign Affairs last Saturday, July 23, to discuss ways to strengthen the relationship between the NOC and the Uzbekistan government.

The Secretary General of Uzbekistan NOC, Oybek Kasimov, and First Vice President Ravshan Irmatov met with the advisor to the Minister of Foreign Affairs and head of the newly-established Department of Cultural-Humanitarian Cooperation, Tourism and Sports, Anvar Abduhalimov.

The Ministry of Foreign Affairs is one of the most important organisations in the preparation and participation of national teams in international competitions including the Olympic Games and the Asian Games.

During the meeting, issues of further strengthening of relations were discussed. Also taken up were preparations for the Hangzhou Asian Games in September 2023 and the Paris 2024 Olympic Games, as well as plans for the Tashkent 2025 Asian Youth Games which will be held in Uzbekistan for the first time.

Anvar Abduhalimov also gave detailed information about the activities of the newly established department and stressed he was happy to work closely with the Uzbekistan NOC and contribute to the success of national athletes in international competitions.

NOC Secretary General Kasimov welcomed the decision to smoothen the pathway for athletes to be able to compete in overseas competition. 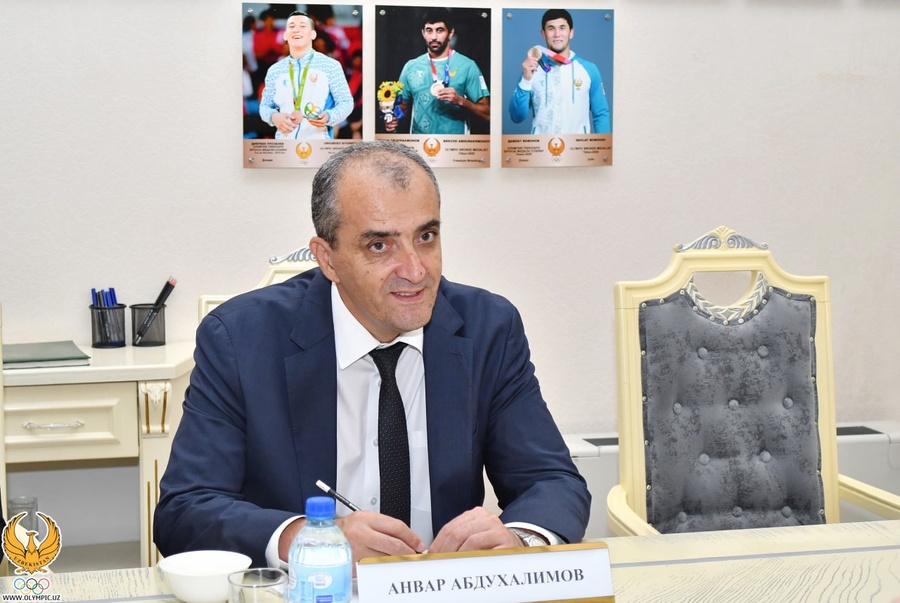 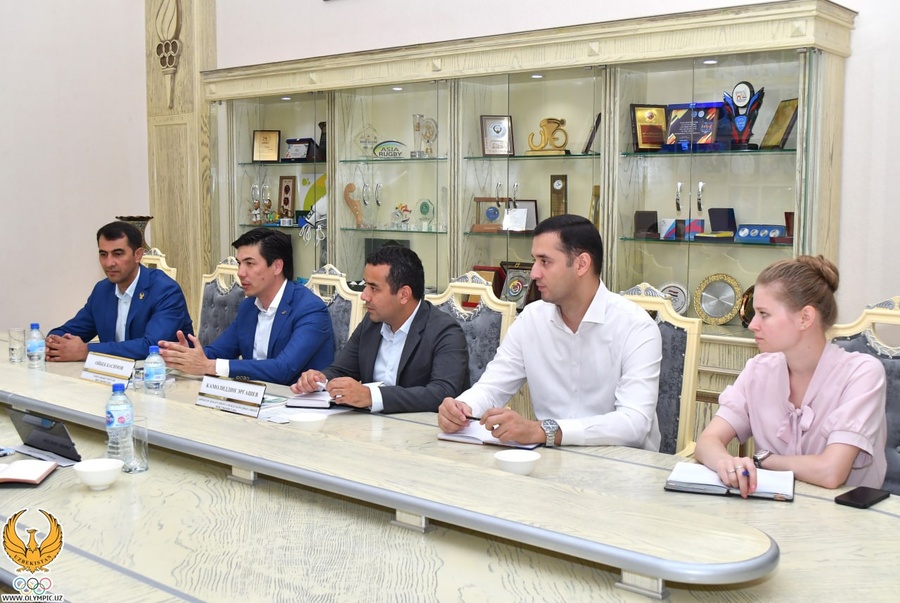