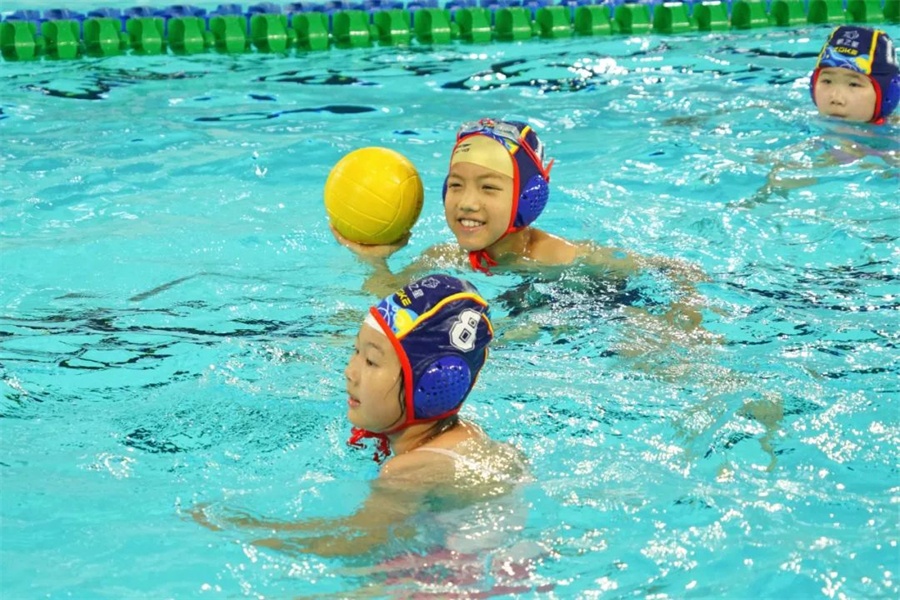 Hangzhou, China, July 12, 2022: The Huanglong (Yellow Dragon) Sports Centre in Hangzhou held a “Greeting the Asian Games” swimming relay to promote the official reopening of the venue ahead of the Asian Games.

The aquatics centre is part of a major sports complex which also features a main football stadium and a gymnasium in which the gymnastics competition of the Asian Games will be held.

The refurbished aquatics centre will host the Asian Games water polo, while the swimming, diving and artistic swimming will all take place at the new aquatics stadium inside the Hangzhou Olympic and Expo Park.

To mark the reopening of the Yellow Dragon swimming and diving centre, organsiers held a “Greeting the Asian Games” swimming relay race on July 9 and almost 350 people took part.

Organisers planned to register 20 groups of six swimmers in a series of 6 x 50m mixed freestyle races, but the interest was so high they increased the entry to 46 groups. There were two competition groups, gold and diamond.

In addition to relay races, there was also water polo and diving.

The staff of the Hangzhou Asian Games Organising Committee joined in the fun along with recreational swimmers.

The venue officially opened to the public on July 10. 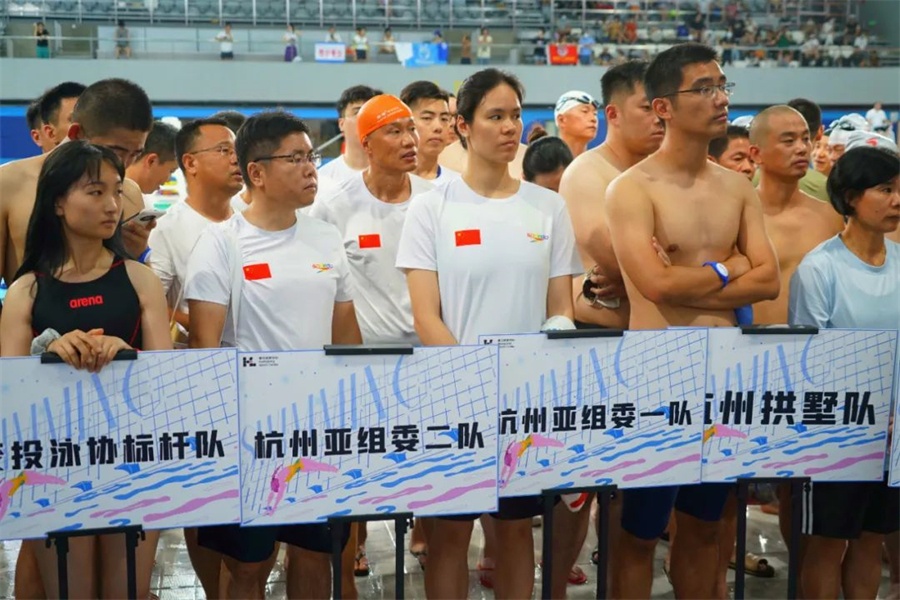