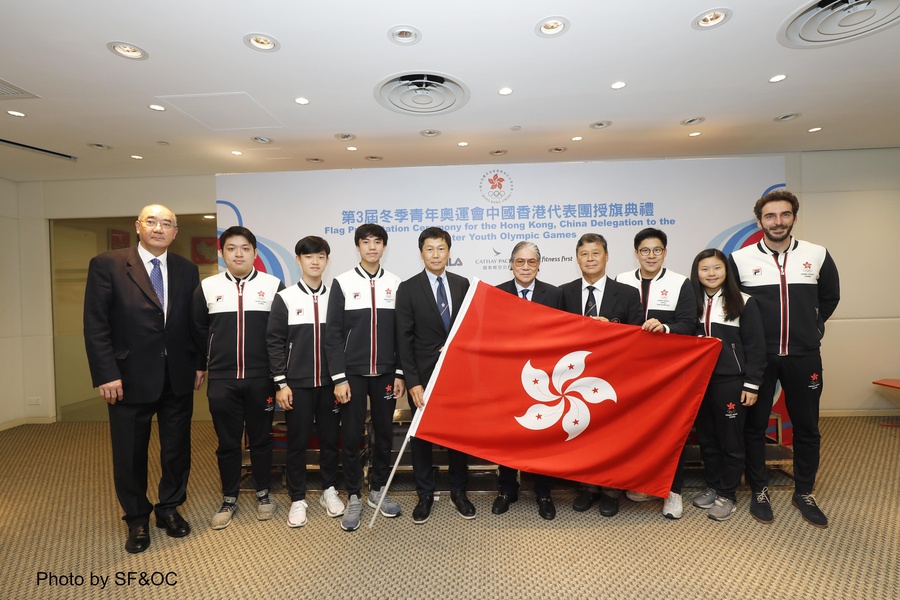 Hong Kong, China, January 7, 2020: The Hong Kong, China delegation left for the 3rd Winter Youth Olympic Games in Lausanne, Switzerland, on Monday. The 3rd Winter YOG will be hosted in the Olympic capital from January 9-22 and over 1,800 athletes aged from 15 to 18 will compete for medals in eight different sports.

This is also the first time for the Hong Kong, China delegation to participate in the Winter YOG. Both events will start after the Opening Ceremony on January 9 and run until January 15.

The fag handover ceremony for the delegation was held on December 19 at Olympic House. Yeung Tak-keung, Commissioner for Sports of the Home Affairs Bureau, presented the HKSAR flag to Timothy Fok, President of the Sports Federation and Olympic Committee of Hong Kong, China, Ronnie Wong, Secretary General of the SF&OC, and Kenneth Fok, Chef de Mission.