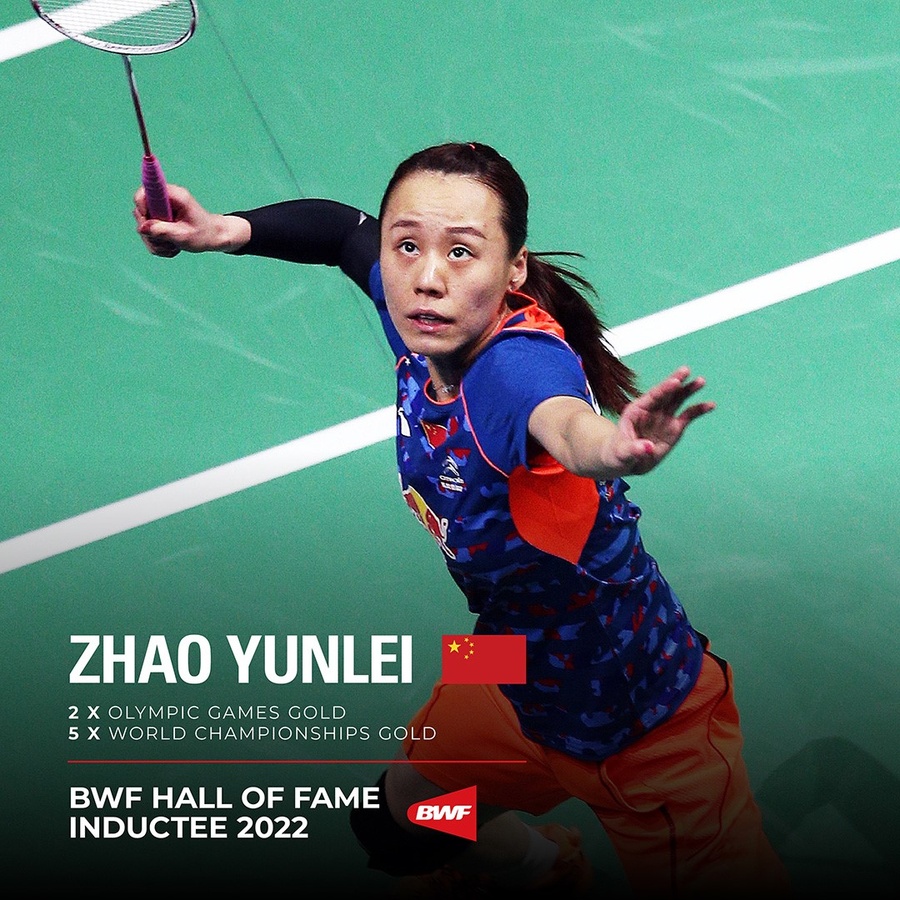 Zhao was possibly the most versatile female doubles player of her time in both women's doubles and mixed doubles. She had few equals when it came to dominance in two categories over an extended period and retired as one of the most accomplished players ever with two Olympic and five World Championships gold.

“Making the BWF Hall of Fame is the ultimate tribute in badminton,” Høyer said.

“The Hall of Fame recognises the best of the best, and Zhao surely deserves a place in this elite list.

The BWF stated: “Zhao Yunlei’s assured presence, with her astute reading of the game, her skills in defence and attack and cool nerves in delicate situations, helped her win multiple tournaments, most prominently with Zhang Nan in mixed doubles and Tian Qing in women’s doubles.

Zhao will be recognised at a virtual ceremony and media event starting 2pm on Friday, June 24.