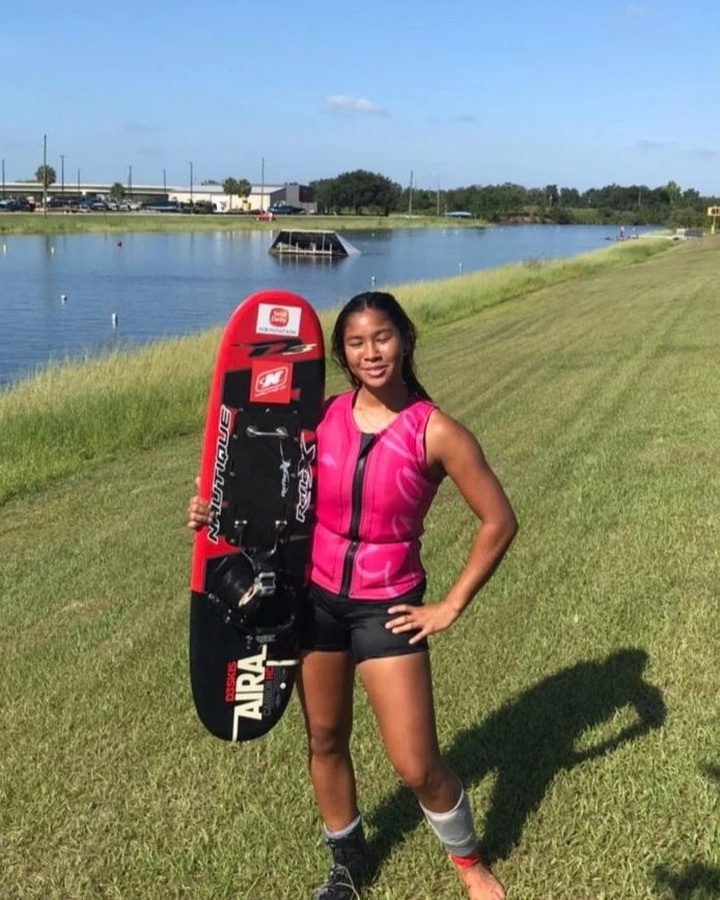 Polk City, United States, June 19, 2022: Malaysian water skier Aaliyah Yoong Hanifah has broken her own Asian record in open women’s tricks in a warm-up event for the World Games in the United States next month.

Her previous best in women’s tricks was 7,680 at the Asian Championships in Bangkok in 2019 – an improvement of 400 points in the high-speed, super-technical discipline. She scored 3,590 points on her first pass and 4,490 on her second pass to total 8,080 for the two runs.

“This is a brilliant effort from Aaliyah,” said her father, Hanifah Yoong Yin Fah.

“She is determined to score some PBs (personal bests) in this tournament and at the June Okee 3-Event tournament next weekend to move up in the world rankings before the 2022 World Games in July.”

Aaliyah competed in the OCA’s second Asian Beach Games in Muscat, Oman in 2010 when she was only seven years old and has since gone on to win medals at regional and continental levels.

The World Games 2022 will be held in Birmingham, Alabama, from July 7-17 and Aaliyah will compete in the open women’s tricks.

Waterski disciplines (slalom, trick and jump) and wakeboarding will be held at Oak Mountain State Park from July 14-16.

This will be the 11th edition of The World Games showcasing 3,600 athletes from more than 100 countries and regions, competing in 34 sports.