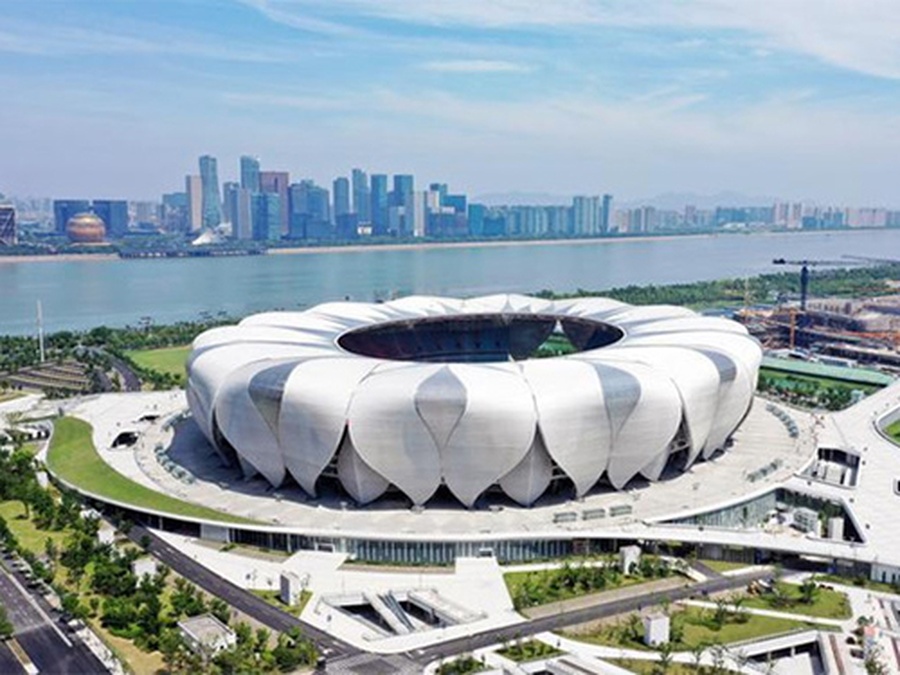 An aerial view of the Hangzhou Olympic and International Expo Centre Main Stadium, which will host the 2021 FIFA Club World Cup and the 2022 Hangzhou Asian Games. © zj.zjol.com.cn

Hangzhou, China, January 2, 2020: Hangzhou, host city of the Olympic Council of Asia’s 19th Asian Games in 2022, is celebrating its appointment as a host city for the FIFA Club World Cup in 2021.

The Chinese Football Association announced on December 28 that Hangzhou would be one of eight cities in China to stage matches of the revamped FIFA Club World Cup.

China was appointed host country by the FIFA Council on October 24 in Shanghai and the event will feature 24 clubs from the six FIFA continents. The competition will run from June 17 to July 4, 2021, and feature 32 matches.

A FIFA research delegation said Hangzhou was selected due to high-quality facilities, stadium and accommodation, as well as its convenient transportation.

The seven other cities are Shanghai, Tianjin, Guangzhou, Wuhan, Shenyang, Jinan and Dalian. The eight hosting cities were selected following an assessment by FIFA and the Chinese Football Association.

Hangzhou will also host the Asian Games in September 2022, so the FIFA Club World Cup in the summer of 2021 will give local sports officials an ideal opportunity to organise a huge international event and especially to test the operations and management of the Main Stadium in the Hangzhou Olympic and International Expo Centre.

Nicknamed “Big Lotus”, the 80,000-capacity stadium will be the focal point of the Hangzhou Asian Games in 2022, hosting the opening and closing ceremonies and the athletics. Football is not scheduled to be held at the Big Lotus.