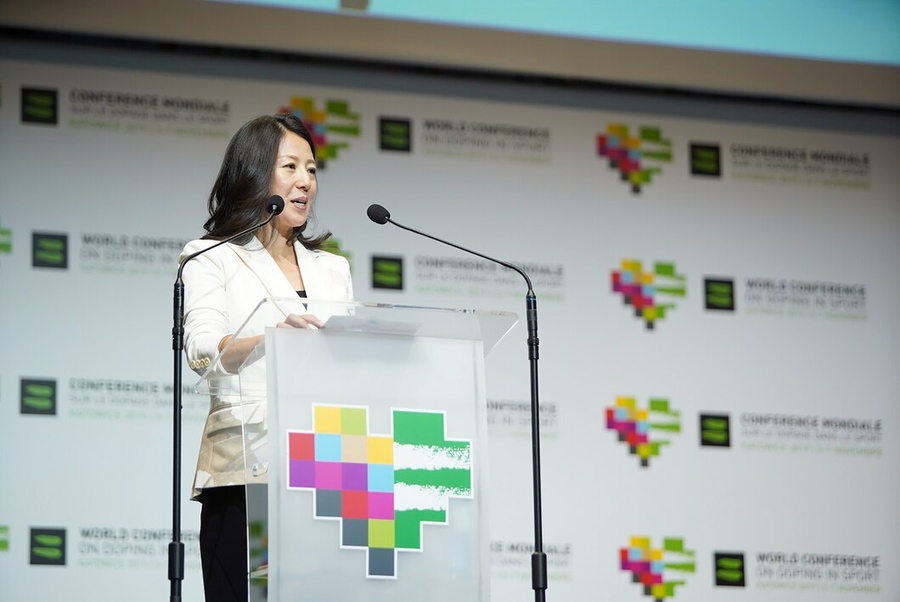 Yang, 43, became the first Chinese to assume a leadership role in WADA's 20-year history after being elected Vice President on November 7 in Poland.

Beginning her term on Wednesday, January 1, she said it was important to teach the athletes anti-doping knowledge and to shape their values.

"I used to be an athlete, so I totally understand the importance of education both on a technical level and values," said the two-time Winter Olympics short track speed skating champion.

The Chinese sporting icon said anti-doping organisations should not only teach athletes how to avoid using banned drugs but also give them the education based on the correct value of fair play and honesty.

"More importantly is the value-based education. We aim to let more people, not just the athletes, realise that doping is cheating. We hope athletes can be determined to be clean and be proud of it from a young age. WADA has good programmes on this," she continued, adding that such education on athletes' supporting team is also necessary.

Yang said China had done a good job in the area of anti-doping education. “Athletes have to pass an anti-doping knowledge exam in order to qualify for international and major national events. I heard two athletes were disqualified for the 2nd National Youth Games in 2019 because they failed the exam," she said.

When it comes to future work, Yang said WADA aimed for greater transparency as "transparency leads to trust."