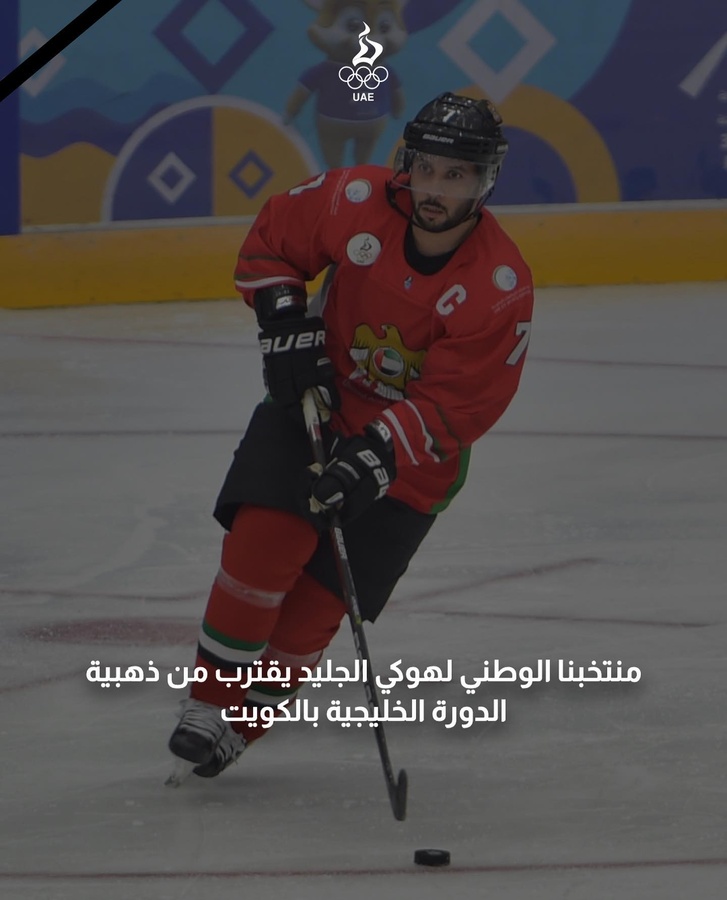 Kuwait City, Kuwait, May 26, 2022: Winning the gold medal in ice hockey at the GCC (Gulf Cooperation Council) Games Kuwait 2022 might just be the boost needed for the further development of the sport in the United Arab Emirates according to national coach David Rich.

The UAE breezed to the gold medal in the men’s ice hockey round-robin competition finishing unbeaten with wins over Kuwait (5-3), Saudi Arabia (5-1) and Bahrain (7-2).

“I hope returning with the gold medal will help further raise the profile of the sport in the UAE,” said Canadian coach Rich. “Winning in an event where all the participating sports come under the umbrella of the UAE National Olympic Committee will most certainly benefit ice hockey as it increases our profile.”

Ice hockey is small in the UAE, and indeed the rest of the Gulf, but in recent years there has been a move to push the boundaries of the rink resulting in international successes.

Before arriving in Kuwait, the UAE national team under Rich created a little bit of history winning their first IIHF tournament – International Ice Hockey Federation - at the Ice Hockey World Championship in Luxembourg.

They finished Division Three with a perfect 4-0 record with wins over Turkey, Turkmenistan, Chinese-Taipei and hosts Luxembourg.

“I arrived only last year, but ice hockey had been going on in the Emirates for some time. Currently there are five clubs, of which two are completely made up of local players. The other three are entirely made up of expatriate players and this has helped raise the standard of the game,” explained Rich, 52, from Ottawa.

UAE joined the IIHF in 2001 but didn’t play its first World Championships until 2010.  It wasn’t until 2014 that they earned their first win. Today, they have won promotion to Division Two.

At the World Championship, they were allowed to field expatriate players who qualified under the residency rule. Not so at the Gulf Games where the strict rules only permit nationals.

Yet, with the majority of the squad having played at the World Championship, and under the talismanic leadership of captain Juma Al Dhaheri, the Wayne Gretzsky of UAE ice hockey, the UAE were a class above everyone else at this tournament.

“Our captain and forward Juma is an inspirational figure. He is 43 years and has been around ever since the sport was introduced in the Emirates. He has led from the front,” added Rich. 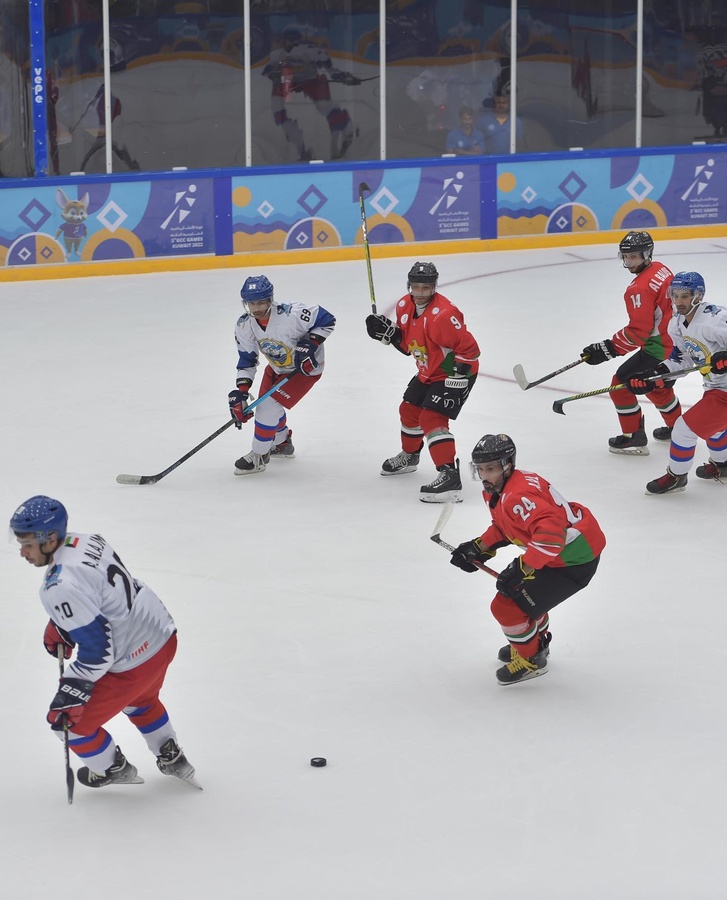 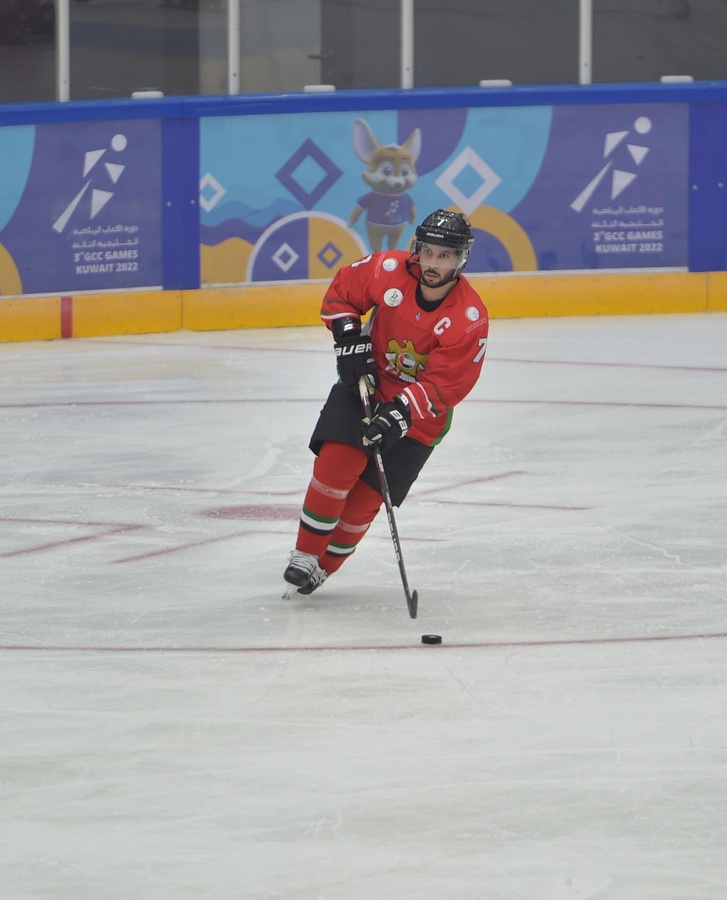 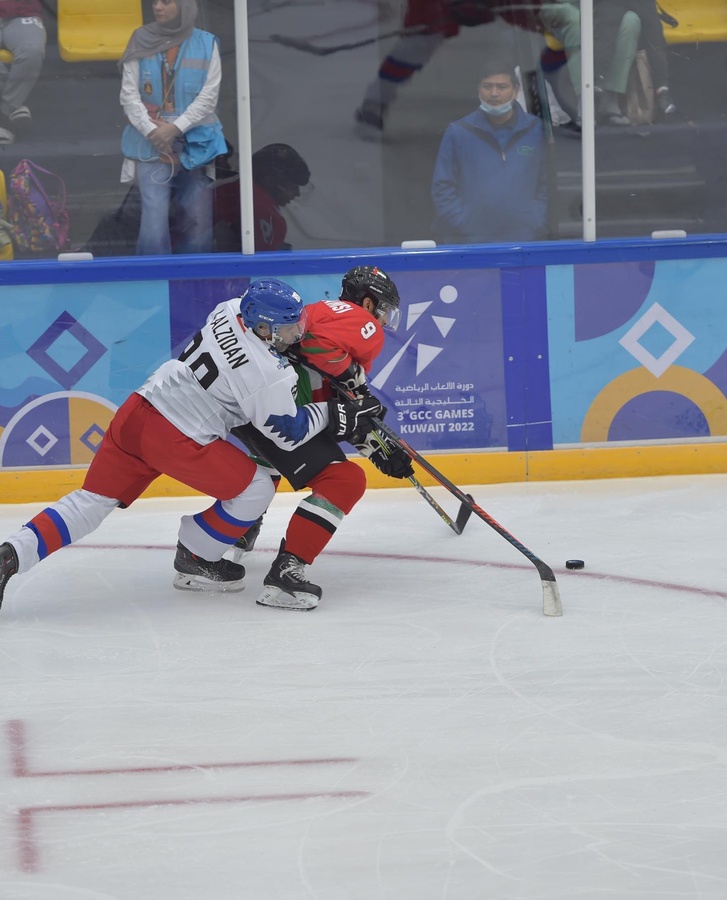