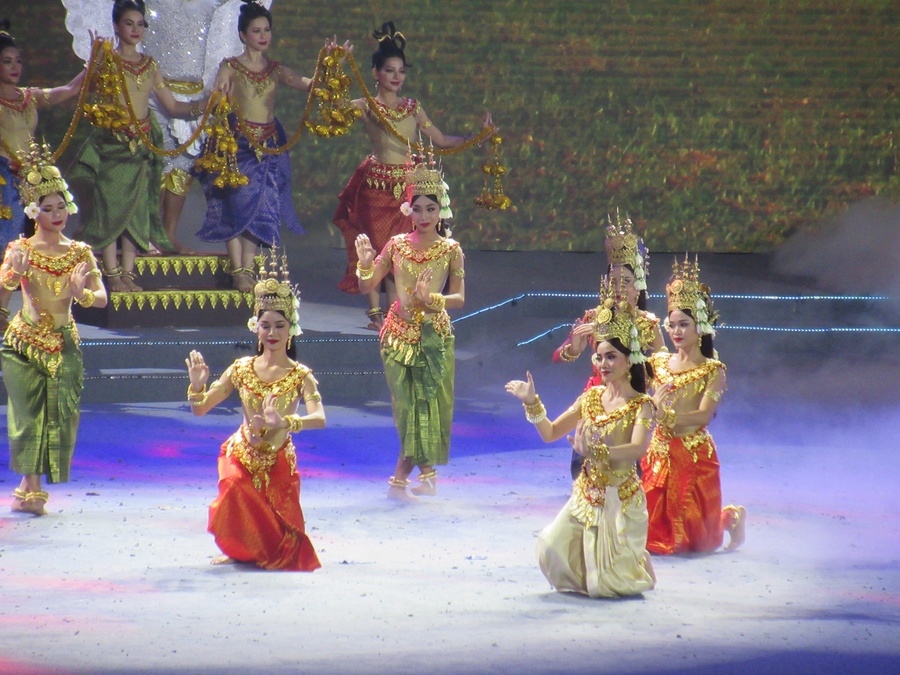 Cambodia captivated the audience with a taste of what’s to come in the Kingdom of Wonder at the 32nd SEA Games in May 2023. © OCA

In a 90-minute closing ceremony that displayed the vibrancy of the southeast Asia region as well as the unity and friendship of the 11 competing nations, the Prime Minister thanked all the athletes, team officials and especially the 2,970 volunteers in 12 cities who had played such a big part in the success of the SEA Games.

The highlight of the evening was the passing of the SEA Games Federation flag from Vietnam to Cambodia, who will host the SEA Games for the first time in history next May.

The President of the National Olympic Committee of Cambodia and Minister of Tourism, Dr. Thong Khon, received the flag from the Vietnam hosts and passed it to the NOCC Secretary General, Vath Chamroeun, who is Chief Executive Officer of organising committee CAMSOC. As the two sports leaders took it in turn to wave the flag, the Cambodian athletes and officials in the audience cheered with pride at the prospect of welcoming the region to Phnom Penh in less than one year's time.

Cambodia then presented a glimpse of the SEA Games future with a short cultural performance entitled “Cambodia Welcoming and Blessing” that featured serene dance movements and aggressive martial arts with sword and spear, all performed to the backdrop of the Kingdom of Wonder’s famous tourist sites such as the Angor Wat temple complex in Siem Reap province displayed on giant screens.

At the end of the ceremony, all the performers entered the stage in waves of colour and movement as the theme song “Let’s Shine” echoed around the indoor stadium and spectators from the 11 teams clapped along in a fitting finale.

With 40 sports, the 31st SEA Games took place in Hanoi and 11 nearby localities and ran from May 12-23, although several sports started earlier. A total of 30 SEA Games records were broken during the Games. 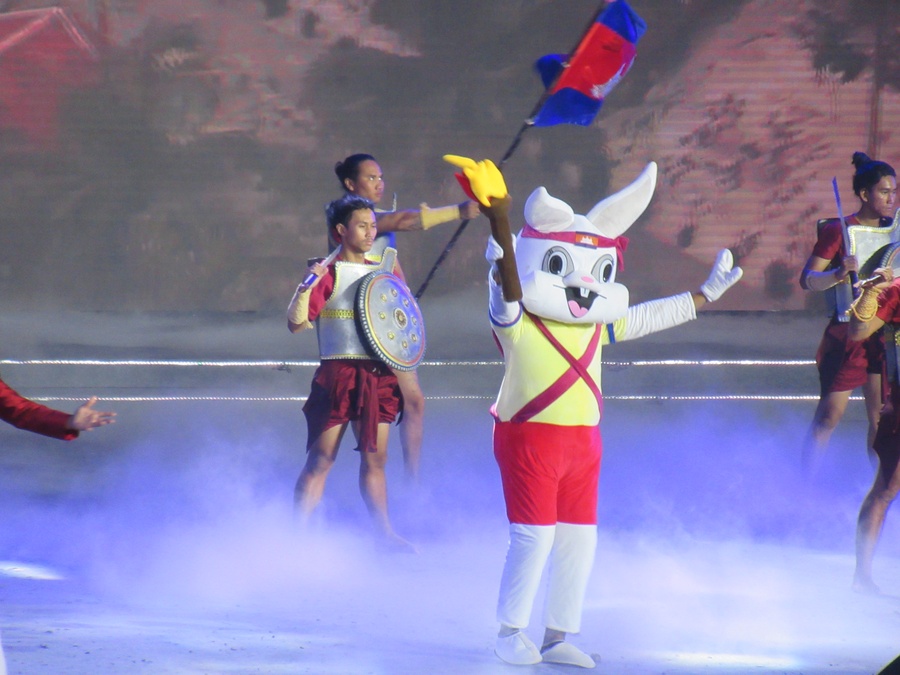