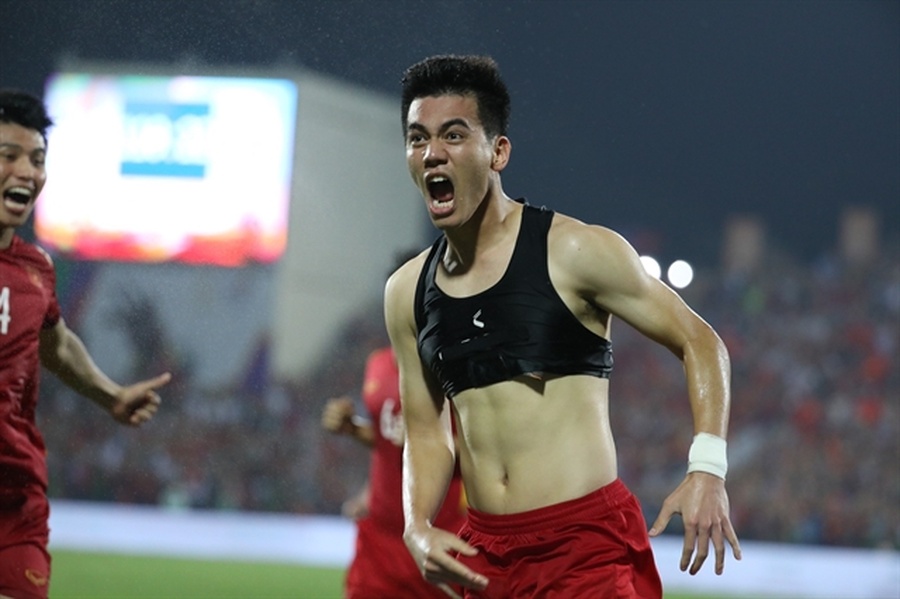 Vietnam reached the men’s football final against Thailand by beating Malaysia 1-0 in the semi-finals with a late header from Nguyễn Tiến Linh. © Vietnam News

Hanoi, Vietnam, May 21, 2022: Despite the best efforts of the organisers, fever is spreading across Vietnam during the 31st SEA Games.

But this time it’s football fever – and it’s proving to be highly contagious.

With Vietnam set to play Thailand in the men’s football final at My Dinh National Stadium on Sunday evening, tickets are like gold dust.

That left the same amount for VIP guests of the SEA Games organising committee as well as from the 11 National Olympic Committees taking part in the Games, which will come to a close on May 23.

“It’s crazy,” said Mr Vu Hoang, who works in the international relations department of the Vietnam Olympic Committee and in the control centre at the SEA Games HQ.

“This match means so much to the people of Vietnam and everyone wants to watch. It’s like a fever.”

With the covid-19 pandemic delaying the 31st SEA Games Vietnam 2021 to May 2022, and other global issues such as gas prices, the football final offers an escape from reality and the chance for the host nation to end the games on a golden high.

Tickets are selling for up to 15 times face value on the black market, meaning a pair of tickets costing 500,000 Vietnamese Dong (25 USD) are now going for 7.5 million Dong (375 USD) – and this price is expected to rise with kick-off not until 7pm on Sunday evening.

To add even more spice to the occasion, Vietnam are the defending champions from the 30th SEA Games in the Philippines in 2019, and Thailand are their biggest rival in the region and have won SEA Games gold 16 times.

The men’s football tournament is being contested by U23 teams, with three overage players allowed.