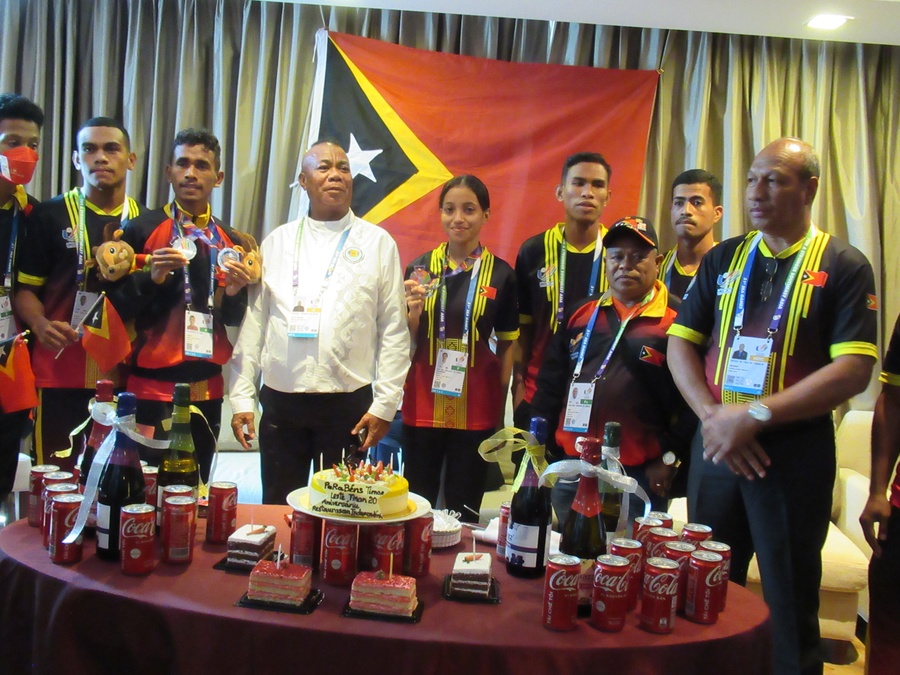 Hanoi, Vietnam, May 20, 2022: The Timor Leste delegation at the 31st SEA Games in Hanoi held a small celebration to mark the 20th independence of the nation on Friday, May 20.

Athletes and team officials gathered in the NOC HQ room at the Hyatt Regency West Hanoi to pop champagne corks and share a 20th anniversary birthday cake along with other snacks and treats.

The athletes and officials opened the party with a prayer before singing the national anthem and hearing a couple of congratulatory messages from the team leaders praising the spirit and dedication of the athletes and how they had represented Timor Leste with dignity and honour.

They also congratulated the newly elected President of the country, José Manuel Ramos-Horta, and looked forward to working with him for the betterment of sport and athletes in Timor Leste. 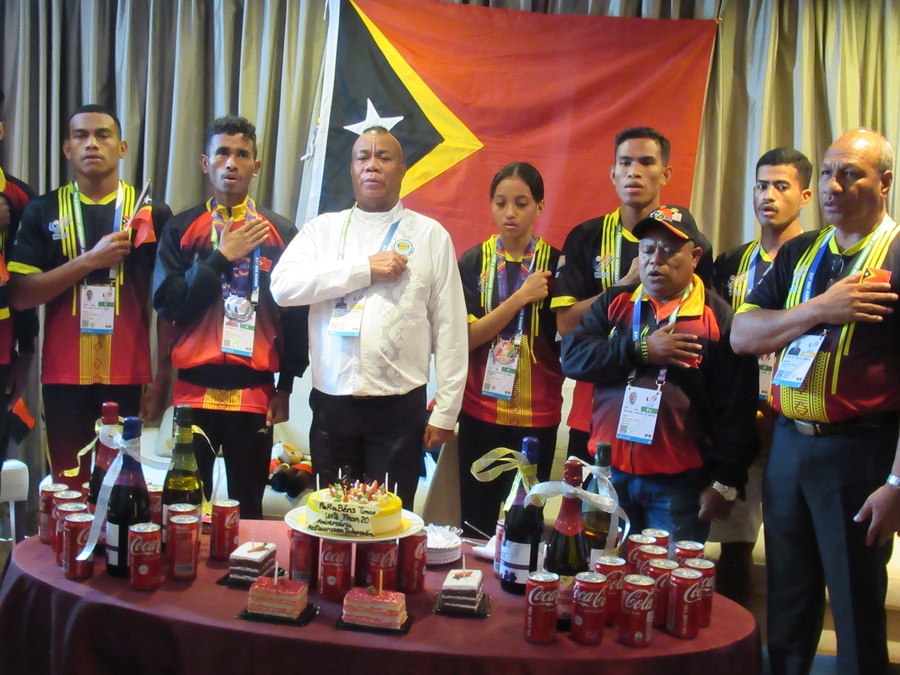