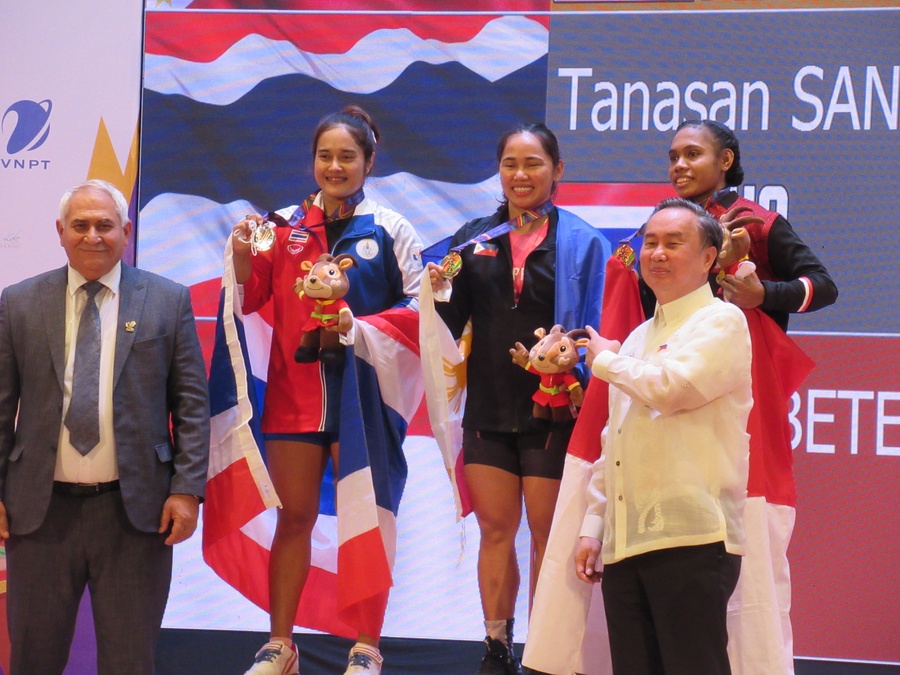 Hanoi, Vietnam, May 20, 2022: The star of weightlifter Hidilyn Diaz shines even brighter after another gold medal-winning performance at the 31st SEA Games in Hanoi on Friday.

The Philippines’ first – and, so far, only - Olympic champion delighted her proud and noisy fan base with a comfortable victory in the women’s 55kg competition to successfully defend the SEA Games crown she won for the first time in Manila in 2019.

Not only was the competition venue packed with flag-waving members of the Philippines sports community and delegation here in Hanoi but also with Filipinos living in Vietnam.

“I love you, Hidilyn,” came a cry from the crowd as the six athletes were introduced to the audience, and her every entrance into the arena and every lift was followed by a mass of cellphone videos, cameras and TV crews.

The 31-year-old Jakarta Asian Games champion’s heroics in Tokyo last summer catapulted her to unprecedented sporting success back home, and gave her wealth that has set her up for life.

She has remained humble, however, and competed with a smile on her face, an extravagant wave to the crowd after each successful lift and a lengthy selfie session after the victory ceremony as fans handed her their cellphones to take a souvenir they will cherish.

Coming into this SEA Games, Diaz had been in camp at Ho Chi Minh City and described the 31st SEA Games as her “new beginning” on the road to Paris 2024 where she plans to defend her Olympic title from Tokyo.

The Thai’s 93kg in snatch was a SEA Games record, beating the 92kg set by Diaz in her second attempt. Sanikun, formerly known as Sopita, won Olympic gold for Thailand at Rio 2016 in the lighter 48kg category.

Having clinched the gold medal after her first attempt at 114kg in clean and jerk, Diaz failed at 118kg in her second attempt and then asked for 121kg in her final lift; had it been successful it would have broken two SEA Games records, in clean and jerk (120kg) and total (211), but there was nothing left in the tank and she called it a day, happy with the gold. 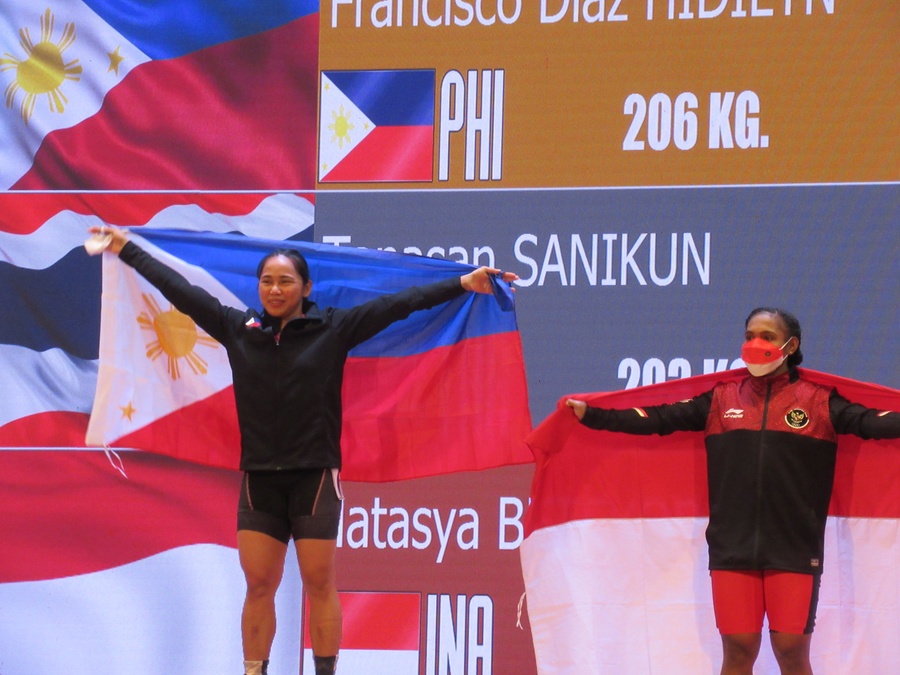