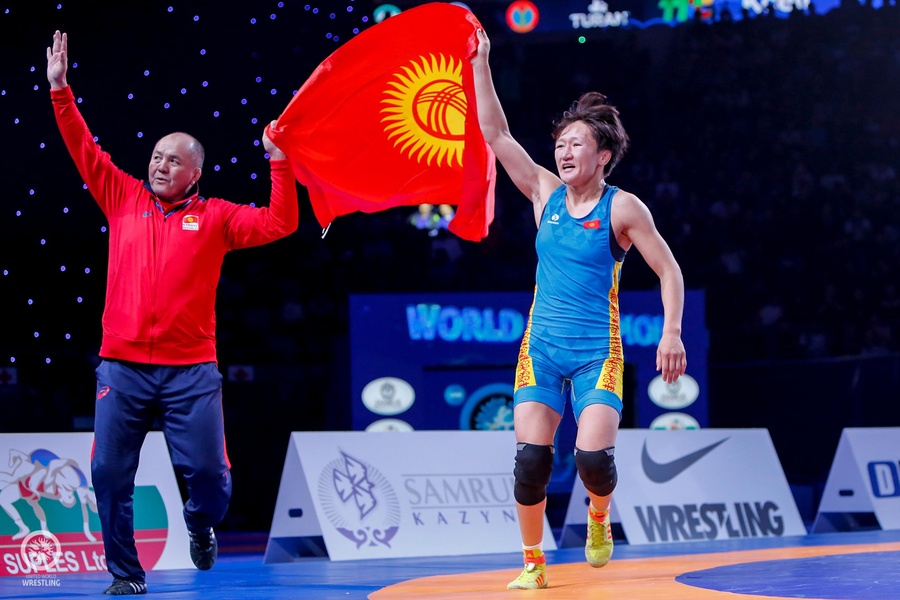 Aisuluu Tynybekova of Kyrgyzstan celebrates her 62kg world title in Nur-Sultan, Kazakhstan, in September. She has also qualified for Tokyo 2020. © UWW

Corsier-sur-Vevey, Switzerland, December 31, 2019: Two Asian athletes have finished in the top three wrestlers of their respective categories in United World Wrestling’s Wrestler of the Year Awards.

World champion Shinobu Ota of Japan was runner-up in Greco-Roman and Aisuluu Tynybekova, who became the first Kyrgyzstan wrestler to win a senior world title, was second in the women’s wrestling category.

Each of the three Wrestler of the Year Award winners claimed 30,000 CHF in prize money, while second-place finishers earned 20,000 CHF and third place winners 10,000 CHF.

United World Wrestling is committed to increasing financial incentives in a manner that is sustainable and is equal to all athletes.

The awards winners were selected based on their performances in this year's Ranking Series events, continental championships and the World Championships.

Award winners did not have to be world champions, which was a change from last year.