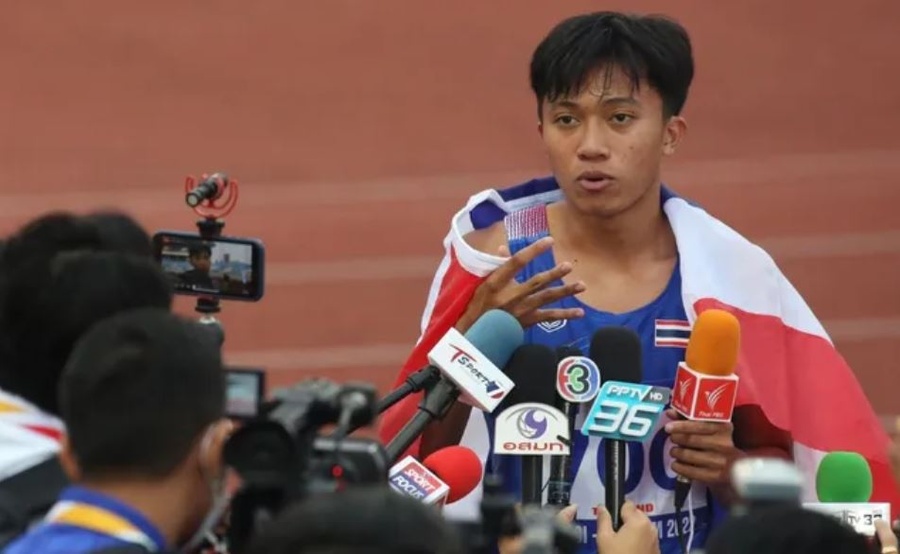 Puripol Boonson, just 16 years of age, completed the 100m/200m sprint double at the My Dinh National Stadium on Wednesday by winning the 100 metres in 10.44 seconds.

The so-called “Thai Wonderkid” had already made his mark at this 31st edition of the SEA Games by taking gold in the men’s 200 metres in a new SEA Games record of 20.37 seconds.

The 100m final was billed as a showdown between the Thai and another teenager, Muhammad Azeem, who is known as the “Malaysian Usain Bolt”.

There was high drama in the semi-finals, however, when Azeem, 18, was adjudged to have made a false start and was disqualified, much to the athlete’s frustration. Despite his protestations, he had to go – and was out of the frame for the medals, even for a place in the final, in an instant.

This left Boonson as clear favourite in the final, and he turned on the jets in the last 30 metres to come home first in 10.44 seconds. There was a strong headwind, so the 2009 SEA Games 100m record of 10.17 by Indonesia’s Suryo Agung Wibowo was never threatened.

Wibowo was among the large Indonesian contingent in the grandstand, hoping for a medal from their 2018 World U20 champion Lalu Zohri Muhammad, but Thailand finished 1-2 through Boonson and Soraoat Dapbang.

Singapore’s Marc Brian Louis took the bronze in a photo finish with Dapbang as both sprinters registered 10.56 seconds.

“Before the competition I was under a lot of pressure, but I made it,” Puripol told AFP. “My target for this year is to try and consistently improve my own record.

In the women’s 100 metres, 24-year-old Kayla Richardson of the Philippines finished strongly to take the gold in 11.60 seconds. It was the second time she had won this race, following her gold medal at the 2015 SEA Games.

Singapore’s 200m champion, Shanti Pereira, took silver in 11.62 and Supanich Poolkerd of Thailand was third in 11.66. The top four were separated by only 0.07 seconds.

Kayla said: “Just to be able to put it together for today feels amazing. I’m so grateful. I’ve got such a great support system.” 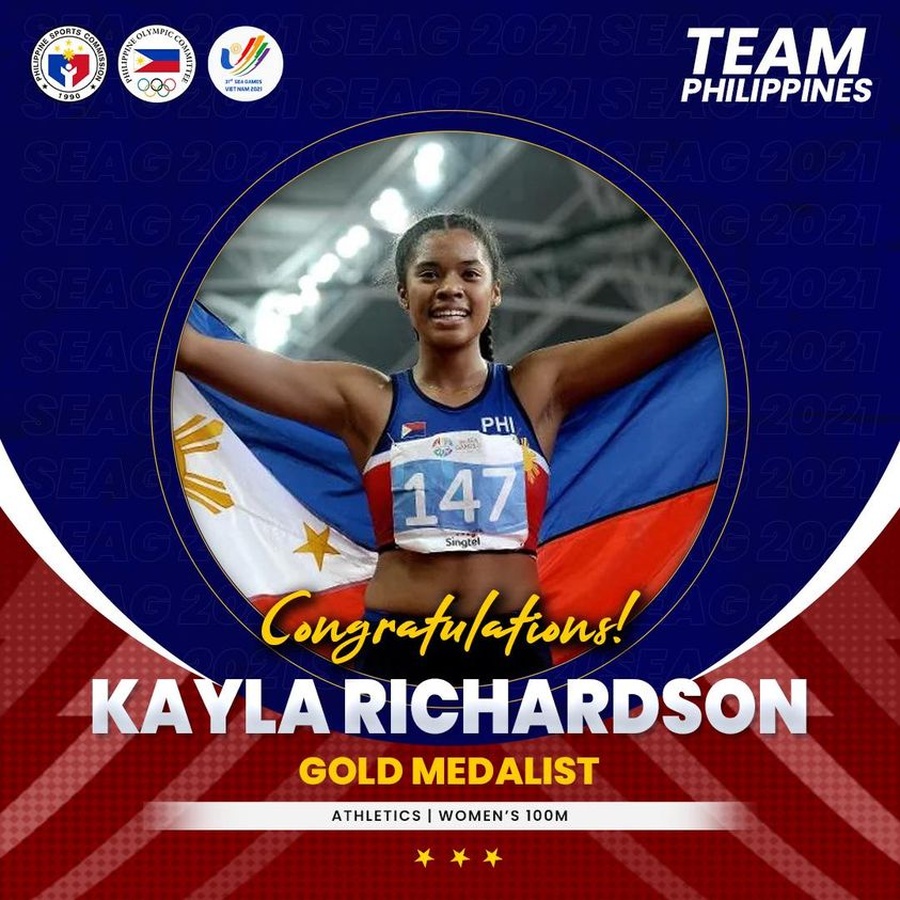