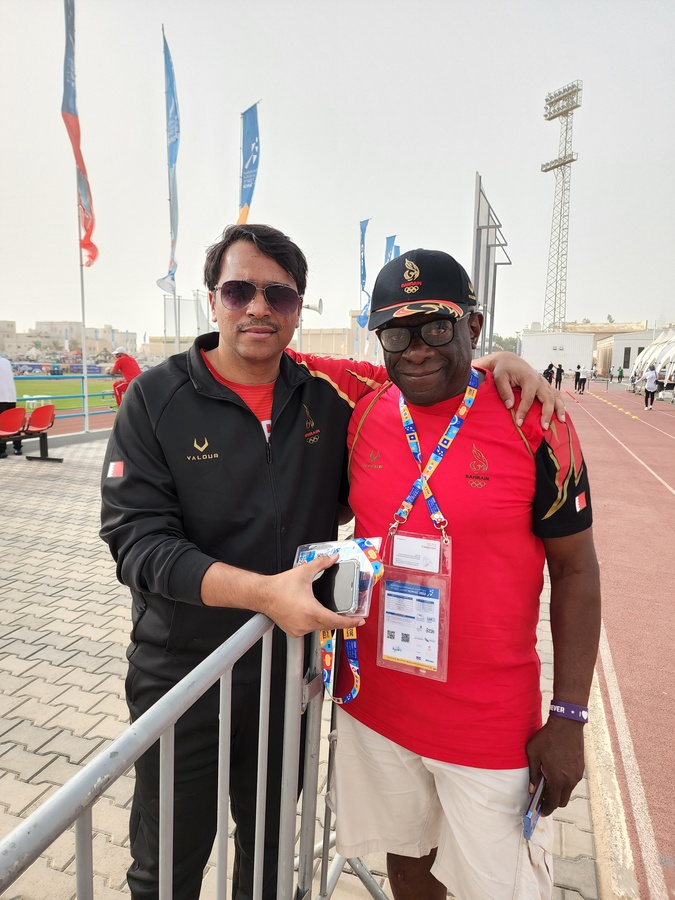 Kuwait City, Kuwait, May 17, 2022: The seeds that have borne a rich crop of gold medals in athletics for Bahrain at the GCC (Gulf Cooperation Council) Games Kuwait 2022 were planted more than 10 years ago according to athletics team manager Mohammed Abdulaziz Hasan.

At the end of the second day of competition in the Gulf Games, Bahrain was way ahead of the rest of the five countries in the medal standings with a rich haul of 11 gold medals. Its closest challengers were hosts Kuwait and Qatar, both on six gold medals apiece.

And all eleven of the gold medals have come in track and field for Bahrain, whose reputation as an athletics powerhouse has been embellished at the Ahmed Al Rashdan Track & Field stadium.

“These results are not the dividends of hard work from one day, or one month, or even one year. It has been a long-term plan, stretching back to 2012, and today we are reaping the benefits of that plan,” explained Hasan, who is also a board member of the Bahrain Athletics Federation.

“While the GCC Games are very important to us, it is just the first step on the ladder. Our main targets are the Olympic Games followed by the Asian Games,” revealed Hasan.

At the end of the second day of action in athletics, Bahrain had added four gold medals to the seven they grabbed on the opening day. In total they had collected 23 medals – 11 gold, eight silver and four bronzes – in athletics.

“We have started identifying athletes at a young age, between 10 and 11 being ideal. The Federation has an agreement with the Ministry of Education whereby our coaches go to schools and identify young talent.

“If these kids are good, they are offered scholarships. We are lucky in that we get generous funding from the government which has an open budget for athletics and sports,” added Hasan.

Bahrain has also relied on foreign coaching expertise for a long time.

Jamaican Raymond Graham, the sprint coach for the Bahrain national squad, is one of the foreign coaches with the team in Kuwait.

At the Tokyo 2020 Olympics, Bahrain won a solitary medal. Not surprisingly it was in athletics, in the women’s 10,000 metres, where Ethiopian-born middle and long-distance runner, Kalkidan Gezahenge, won the silver medal.

But Hasan believes the day is not far off when home-grown talent too wins kudos for Bahrain.