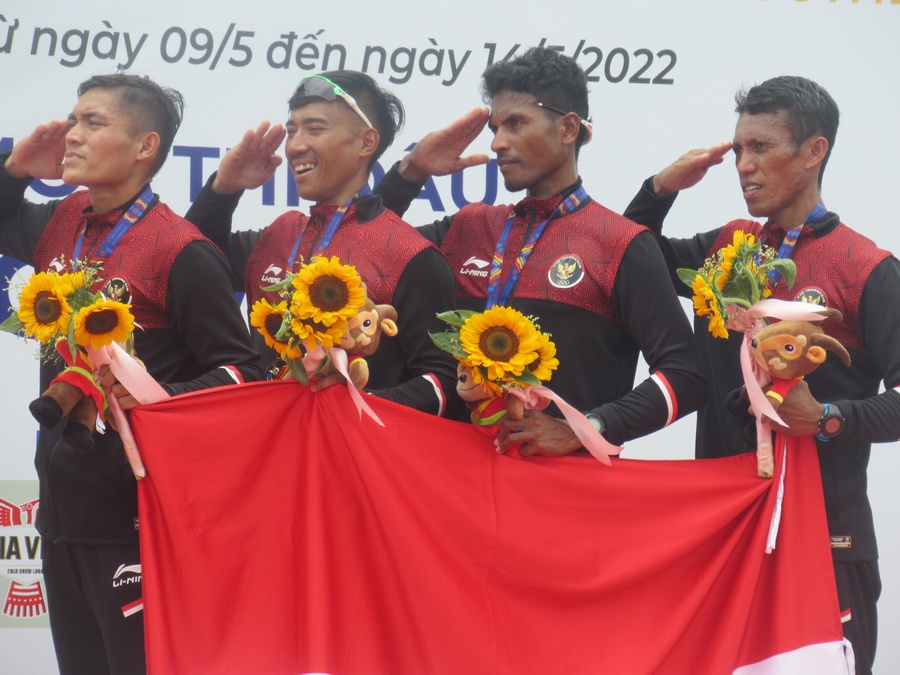 On the field, or on the water in this case, Indonesia’s rowing team showed tremendous fighting spirit in stifling conditions on Friday morning to collect two gold medals and take their golden tally to four in two days at the Hai Phong rowing complex, 130km from Hanoi.

Off the field, the Indonesia Olympic Committee is working tirelessly behind the scenes to bring more international sports events to the country – at the personal request of the President of the Republic, Joko “Jokowi” Widodo.

The 18th Asian Games, co-hosted for the first time in OCA history - by Jakarta and Palembang, capital of South Sumatra - proved to be a huge success, and this sports fever was in evidence at the rowing centre on Friday with a big turnout of government and Olympic officials as well as team support staff.

Leading the cheer squad was the President of the Indonesia Olympic Committee, Raja Sapta Oktohari, and the Minister of Public Works and Public Housing of Indonesia, Basuki Hadimuljono, who played a big part in the success of the 18th Asian Games. On Friday, the Minister presented the gold medals to his fellow countrymen.

Raja Sapta Oktohari was occupied with the SEA Games Federation Council meeting on Thursday morning, followed by the opening ceremony in the evening, and said he was impressed by what he had seen here in Hanoi over the past few days.

“We really appreciate and we are really grateful that finally Vietnam can deliver the games because it was postponed last year due to covid,” he said.

“We already saw last night the opening was great and today all the arrangements are actually already very good and, hopefully, until the end they can host us in this way in the SEA Games. They are doing a great job.

When asked how he was enjoying life as the Indonesia NOC President, he admitted it was “not an easy responsibility” but said he received sound advice and support from the Olympic Council of Asia. “I believe together we are stronger,” he said.

On the subject of “Jokowi” and the future of Indonesia on the international sports stage, Raja Sapta Oktohari said: “During my period I got orders from my President to host more international events in Indonesia, so we already have shooting, we have tennis, we have sport climbing, we are going to have basketball, football, esports world championships – and next year we will have the ANOC World Beach Games in Bali.” 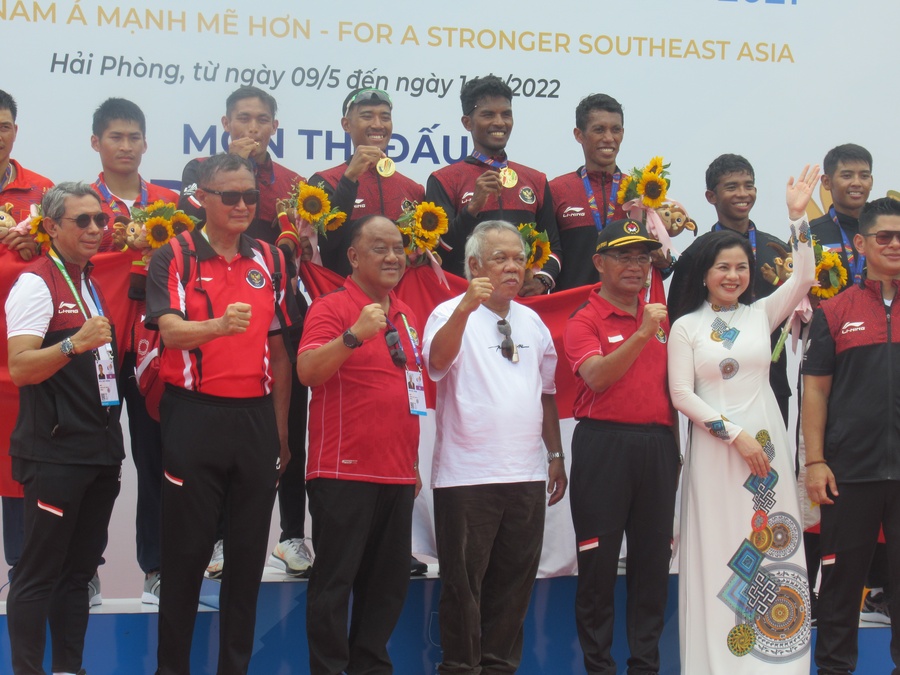