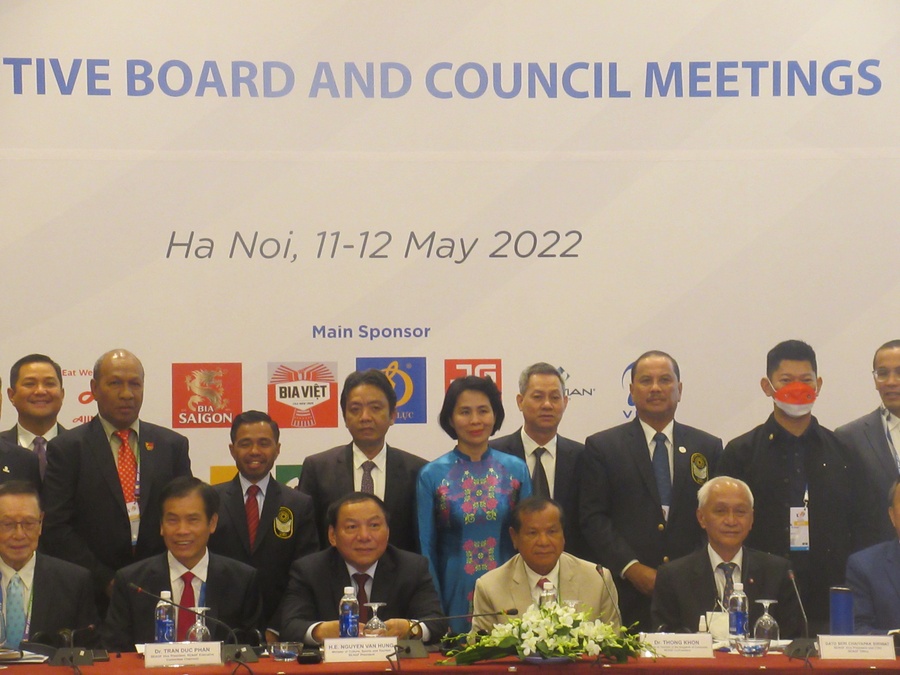 The top table at the SEAGF Council meeting at the Hyatt Regency in Hanoi on Thursday. © OCA

Hanoi, Vietnam, May 12, 2022: The South East Asian Games Federation Council met on the morning of the opening ceremony of the 31st SEA Games in Hanoi on Thursday.

With delegates from the 11 National Olympic Committees of the region in attendance, the SEA Games Federation Council heard progress reports from organising committees along with details of sports programmes, timelines and proposals from committee meetings held the previous day.

The President of the SEA Games Federation and President of the Vietnam Olympic Committee, Minister of Culture, Sports and Tourism Nguyen Van Hung, welcomed the delegates and said the teams should use the upcoming SEA Games from May 12-23 as a stepping stone to continental and world events.

“The SEA Games is not only about the sports competitions here, it is a place where we can practice, learn and enhance our competitive capacity to lead into the Asian Games and Olympic Games,” he said.

“Through sport, unity, solidarity and mutual understanding and cooperation have developed between our countries. Some of the sports events have started already, and through this you can feel the beautiful emotions and love of the Vietnamese people extended toward the athletes of all countries.”

Looking ahead to the 32nd SEA Games in Phnom Penh and four co-host provinces in Cambodia in less than one year’s time, NOC Cambodia Secretary General and SEAGF Vice President Vath Chamroeun said the torch relay would start at the famous Angor Wat temple in Siem Reap on February 12, 2023 and travel through the other 10 countries in the SEA region before returning to Cambodia for the opening ceremony on May 5.

The SEA Games Federation Women and Sport Committee made a report to the council urging all 11 NOCs in the region to establish a women and sport committee within their NOC, and for an increase in women’s participation in the council to 30 per cent – meaning that one in three of the delegates from each NOC to the next council meeting in Cambodia next May should be female. 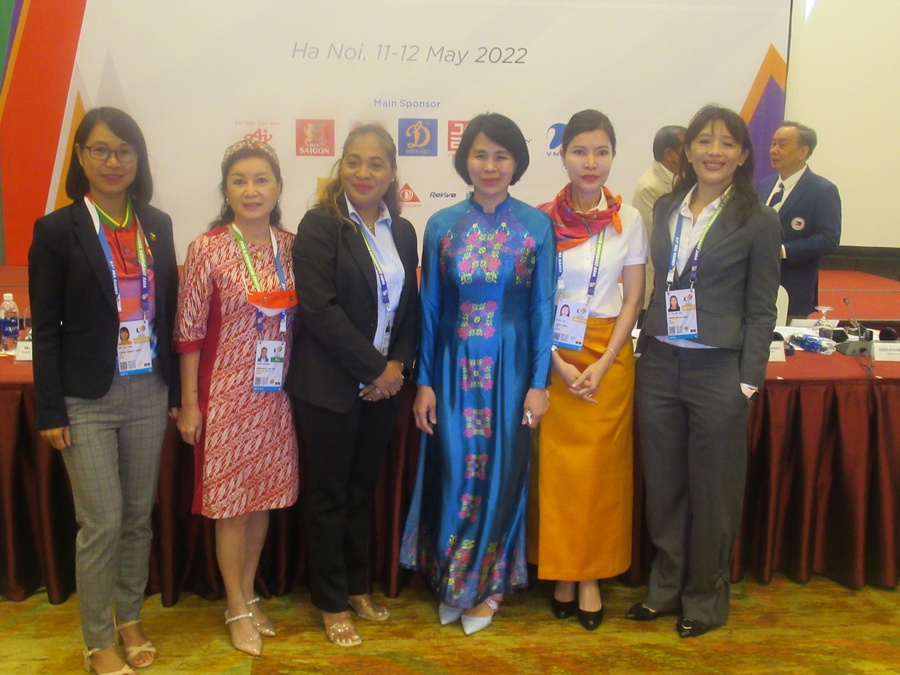 The SEAGF Women and Sport Committee is urging more female representation within the Council. © OCA
Share on: