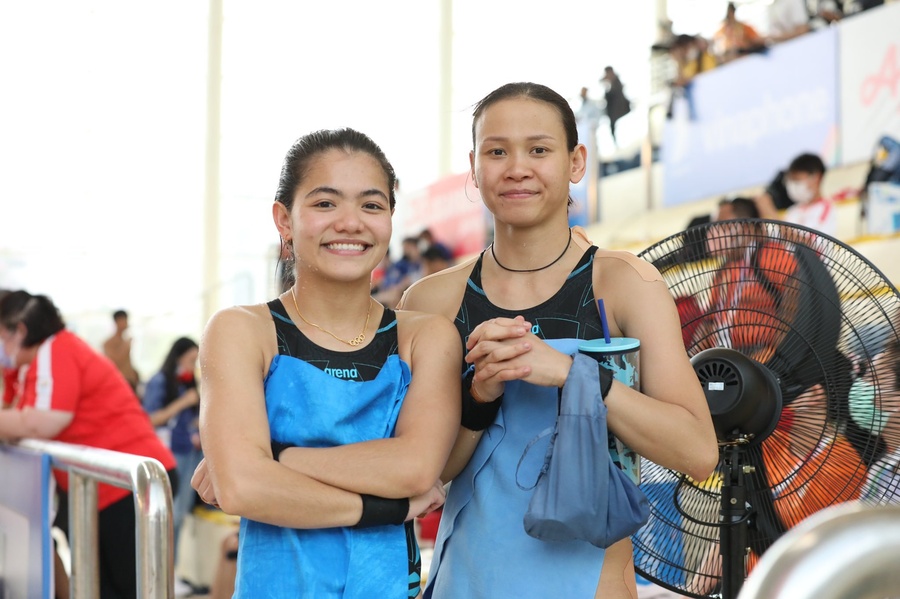 Hanoi, Vietnam, May 11, 2022: Malaysia completed a clean sweep of the eight gold medals in diving at the 31st Southeast Asian Games in Hanoi on Wednesday afternoon.

With their experienced Olympic divers, the Malaysians were always expected to dominate the competition – but Pandelela, 29, admitted there was still some pressure on the team coming into the SEA Games.

“I think this is the first big match for this year for me and also for the team so overall our preparation there’s ups and downs but the result we are all satisfied with it,” she said.

“Before we came here the coaches were also stressed because we must target all golds, right, so there is also pressure on us and also on the coaches. But thank God that we managed to achieve it and I am very proud of my team.

“This is very good for the future,” added Pandelela, a two-time Olympic Games medallist. “Currently, even though the sports industry is struggling after the pandemic, I am happy that diving still works very hard and the diving team still support each other."

Pandelela paid tribute to the role played by her former teammate Leong Mun Yee, who retired from competition after the Tokyo 2020 Olympics last summer and is team manager here in Vietnam.

“Leong Mun Yee, even though she has retired but she is still there with us, helping the coach to coach us, and now she has become our team manager and she has been assisting a lot, so I feel very happy that she is still continuing to contribute to diving sport.”

Tokyo 2020 proved to be a disappointment for Pandelela and the Malaysian team but she has taken the positives from it.

“Tokyo I would say it was the luck is not on our side, but I learned from the mistake and I will take it as a lesson and also experience to improve, and then I used it as a motivation also to work harder in improving myself physically and also mentally.”

Pandelela said her next big targets were the FINA World Championships in Budapest, Hungary from June 18 to July 3 and then the Commonwealth Games in Birmingham, England from July 28 to August 8.

The four-day diving programme ran from May 8-11 at the Aquatic Sports Palace in West Hanoi so Malaysia’s diving team had already contributed eight gold medals for the delegation before the official SEA Games opening ceremony on Thursday, May 12.