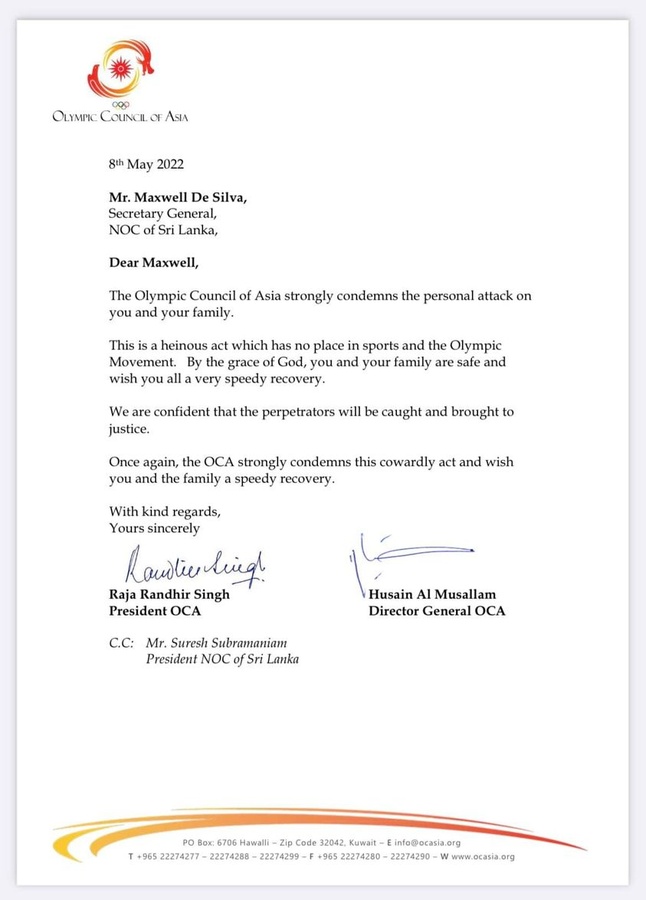 Kuwait City, Kuwait, May 10, 2022: The Olympic Council of Asia has strongly condemned the “cowardly” attack on the Secretary General of the National Olympic Committee of Sri Lanka, Maxwell de Silva, and his family.

The two intruders had shouted they were unhappy with De Silva and the way the Sri Lankan NOC had handled issues and attacked the NOC official who was left with injuries to his hands. De Silva and his daughter, who had rushed in to save her father, were both hospitalised. They were both discharged later.

The letter stated: “The Olympic Council of Asia strongly condemns the personal attack on you and your family.

“This is a heinous act which has no place in sports and the Olympic Movement. By the grace of God, you and your family are safe and wish you all a speedy recovery.

“We are confident the perpetrators will be caught and brought to justice.

“Once again, the OCA strongly condemns this cowardly attack and wishes you and your family a speedy recovery.”