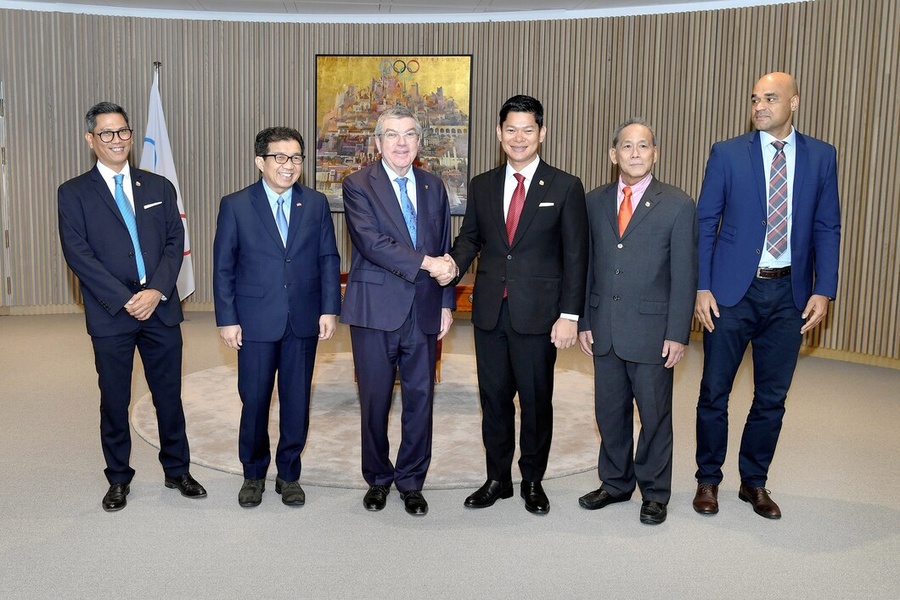 Lausanne, Switzerland, December 30, 2019: The President of the International Olympic Committee, Thomas Bach, received a delegation from the Indonesian NOC led by its President Raja Sapta Oktohari at Olympic House in Lausanne.

They spoke about Indonesian athletes’ preparations for the Olympic Games Tokyo 2020 and various Olympic topics, including a candidature from Indonesia to host the Olympic Games in 2032. This issue had also been discussed with Indonesia’s Vice President, Jusuf Kalla, during his visit to Lausanne in May.

The new Indonesia NOC President succeeded Erick Thohir, who was the driving force behind the success of the 18th Asian Games in Jakarta and Palembang in 2018. Thohir is now an IOC Member and a government minister under the country’s President, Joko Widodo.

Indonesia’s decision to consider bidding for the Olympics in 2032 followed the successful hosting of the Asian Games in 2018.