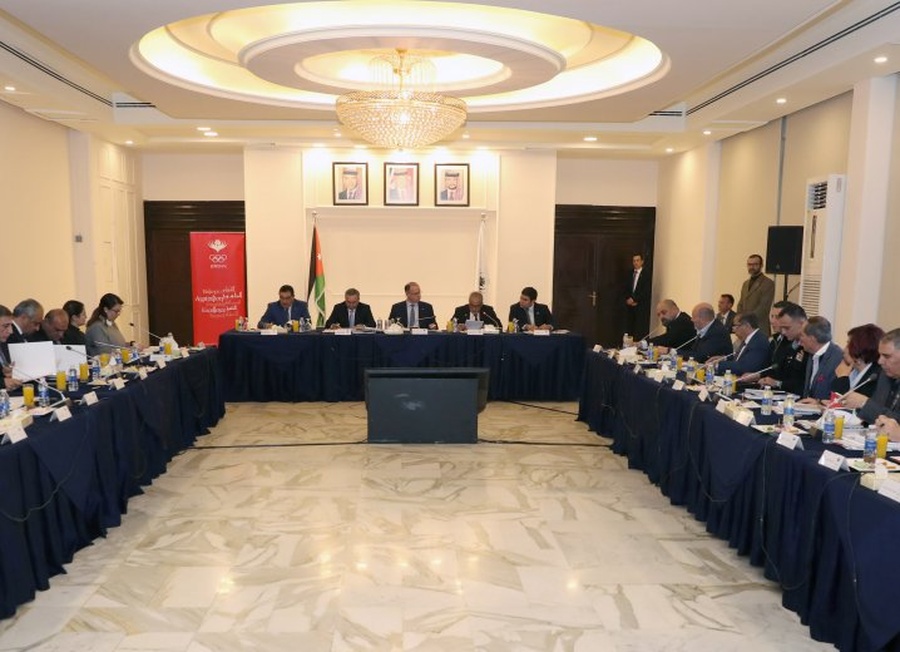 The meeting was also attended by the Minister of Youth, Faris Al Breizat, JOC Secretary General Nasser Majali and JOC Board members.

The meeting discussed and approved the financial and administrative reports for the year as well as explaining the drafting of National Federation regulations and the amendments for the next Olympic cycle.