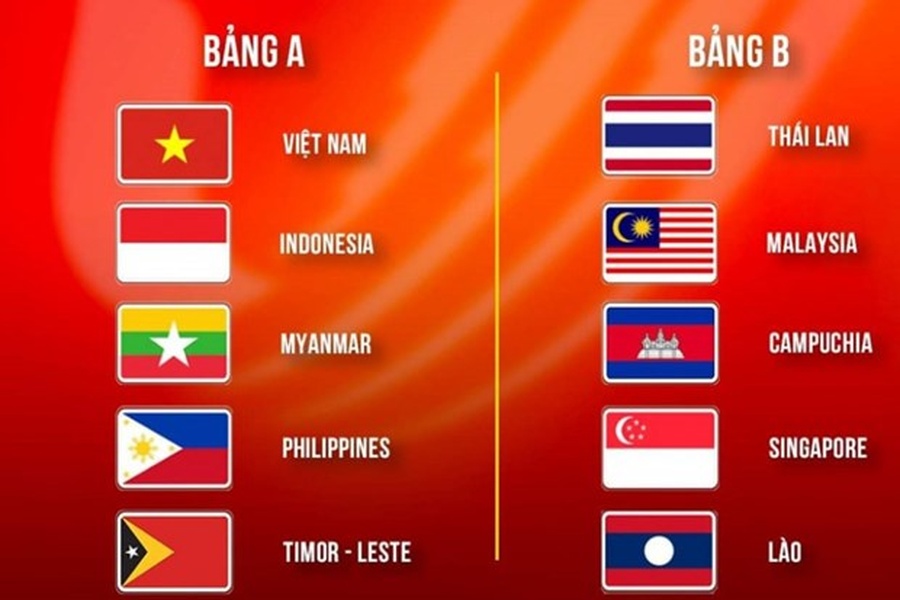 Groups A and B of the men's football competition at SEA Games 31 in Vietnam next month. © Vietnam Football Federation

Hanoi, Vietnam, April 7, 2022: Holders and hosts Vietnam have discovered their four group opponents in the men’s football competition of the 31st Southeast Asian (SEA) Games in Hanoi next month.

Vietnam, whose victory in the 2019 SEA Games final in the Philippines sparked nationwide celebrations, will play Indonesia, Myanmar, the Philippines and Timor-Leste in Group A following the draw on April 6.

Group B comprises the record 16-time champions Thailand along with Malaysia, Cambodia, Singapore and Laos.

The seedings were based on the performances of the teams at the two most recent SEA Games in 2017 and 2019. Vietnam and Thailand were the top seeds in the two groups.

Teams will play each other in a round-robin format in the group stage and the top two of Group A and Group B will qualify for the semi-finals.

Matches will be held at Viet Tri Stadium in Phu Tho and Thien Truong Stadium in Nam Dinh from May 6.

In the women’s event, holders Vietnam are in Group A with the Philippines, Indonesia and Cambodia. Group B is Thailand, Myanmar, Laos and Singapore.

The men’s football competition is for national under 23 teams while the women’s event is for the full national teams.

Vietnam won gold medals of both men's and women's football in the 2019 SEA Games.