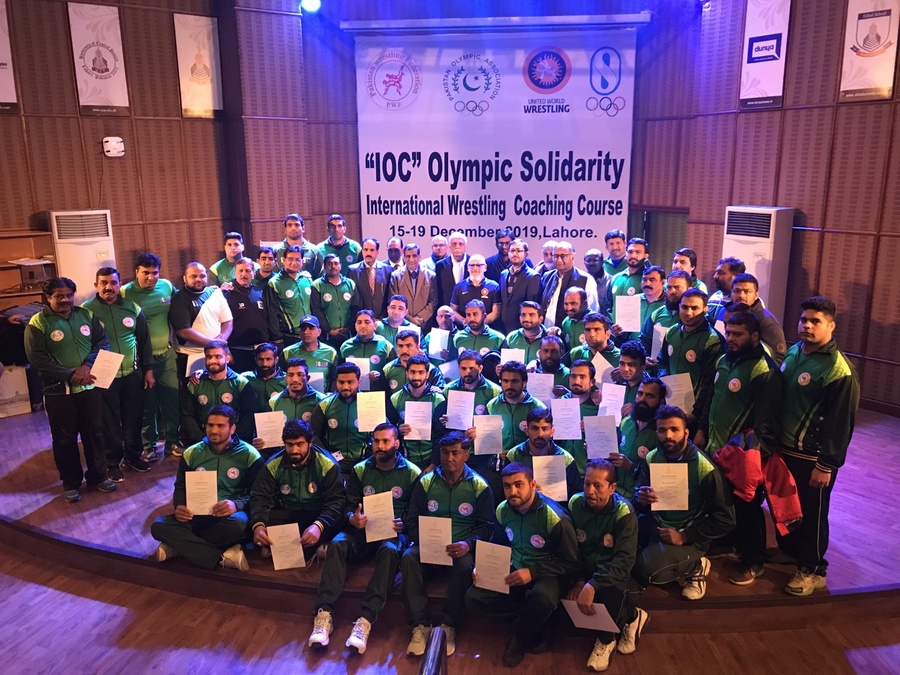 This is the seventh course carried out in the last three years by the Pakistan Olympic Association (POA) in collaboration with the International Olympic Committee.

The five-day course, held from December 15-19, was organised by Pakistan Wrestling Federation and run by United World Wrestling.

Two foreign coaches, Trevor Hoskins from the United Kingdom, and Carlos Garcia Santisteban from Spain, imparted the latest techniques and skills to more than 50 local coaches and referees.

Shaukat Javed, Vice President of Pakistan Olympic Association, who was the Chief Guest at the closing ceremony, thanked the IOC for the role in promoting and developing sports throughout the world. Javed also applauded Lt. General (retd.) Syed Arif Hasan, President of POA, for ensuring Olympic Solidarity courses were held on a regular basis in Pakistan.

Muhammad Inam Butt, chairman Athletes Commission of POA, welcomed the opportunity provided for wrestling coaches and referees in the country to be updated with the latest skills and understanding of rules.