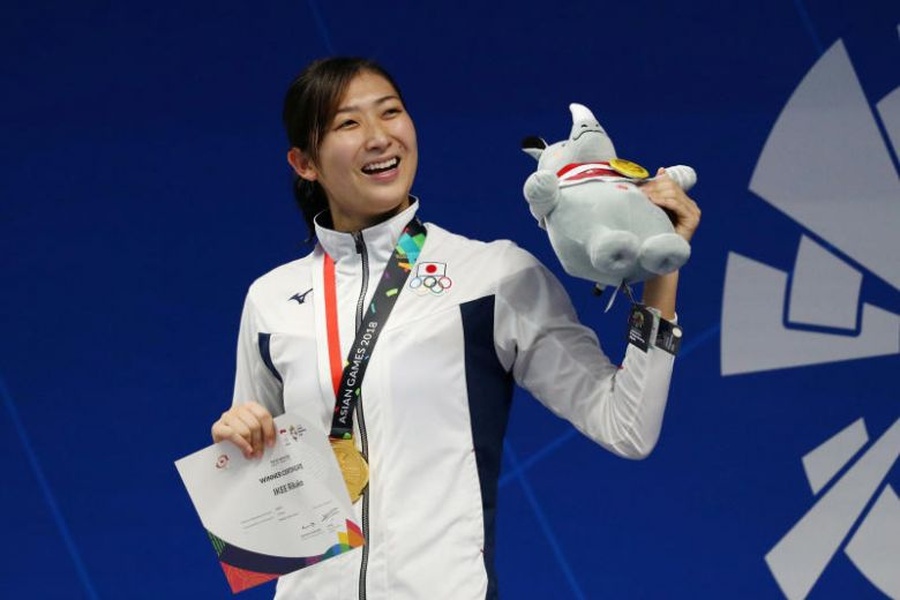 Tokyo, Japan, December 18, 2019: The Olympic Council of Asia’s MVP at the 18th Asian Games in Indonesia last year, Rikako Ikee, has left hospital after 10 months of treatment for leukemia, NHK World-Japan reports. The 19-year-old Japanese swimmer updated her official website on Tuesday with a hand-written message. She received treatment at a hospital in Tokyo after her leukemia diagnosis in February. Ikee holds Japanese records in many events including the 100-meter butterfly. Her agent says that her condition is now stable. Ikee said in her message that the chemotherapy made her nauseous and tired but she got through it by focusing on it being over. She says there were times when she became negative but that she concentrated on being brave. She said that some people may think she lost a lot of chances including missing out on the Tokyo Olympics, but her illness taught her many valuable lessons. Her agent says she will continue receiving treatment as an outpatient, and will begin training exercises out of the pool when she is able to. Ikee says she will resume her pool training as soon as her doctor allows it and that she aims to win medals at the 2024 Olympics in Paris. The Japanese swimmer was named OCA MVP of the 18th Asian Games in Jakarta and Palembang in 2018 after winning six gold medals, plus two silver medals, in the pool. She was the first female athlete to win the award and received 50,000 USD prize money from the OCA.

Rikako Ikee at the 18th Asian Games. © Reuters
Share on: