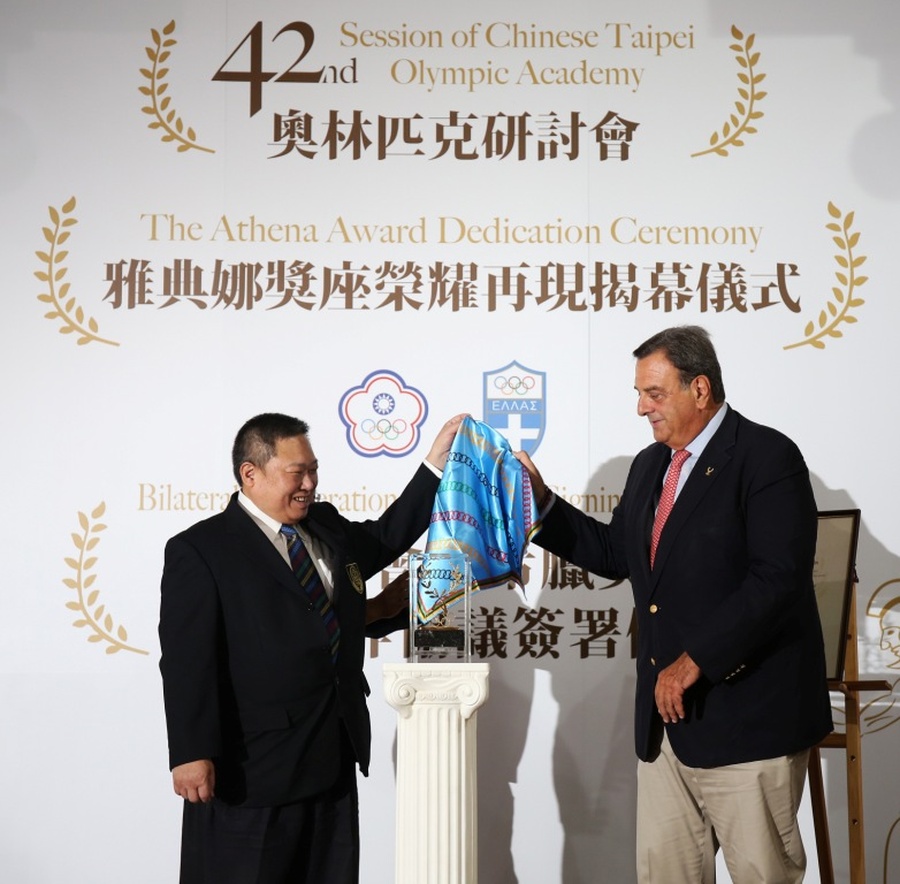 The CTOC has long been renowned for advocating Olympic education and for cooperating closely with the International Olympic Academy (IOA) in an effort to pass on Olympism and ideals to the young generations.

During the unveiling ceremony, CTOC and CTOA President Mr. Hong-Dow Lin awarded the Laurel Medal to IOA President Isidoros Kouvelos in appreciation of the IOA’s continuous support of the CTOA.

In addition, President Lin awarded Professor Hsiu-Ying Mai and Professor Chun-Lin Cho with the Laurel Medal in recognition of their 40 years’ contribution to promoting Olympic education.

The CTOA was founded in 1978 by the late Prof. Ming-Hsin Tang, former Secretary General of the CTOC and Chairman of the CTOC Education Commission.

The CTOA Session has been conducted consecutively for 41 years with the aim of promoting the fundamental principles and values of Olympism.

Since its establishment in 1978, the Academy has assembled a total of 4,100 domestic participants and 90 international participants from Asian countries.