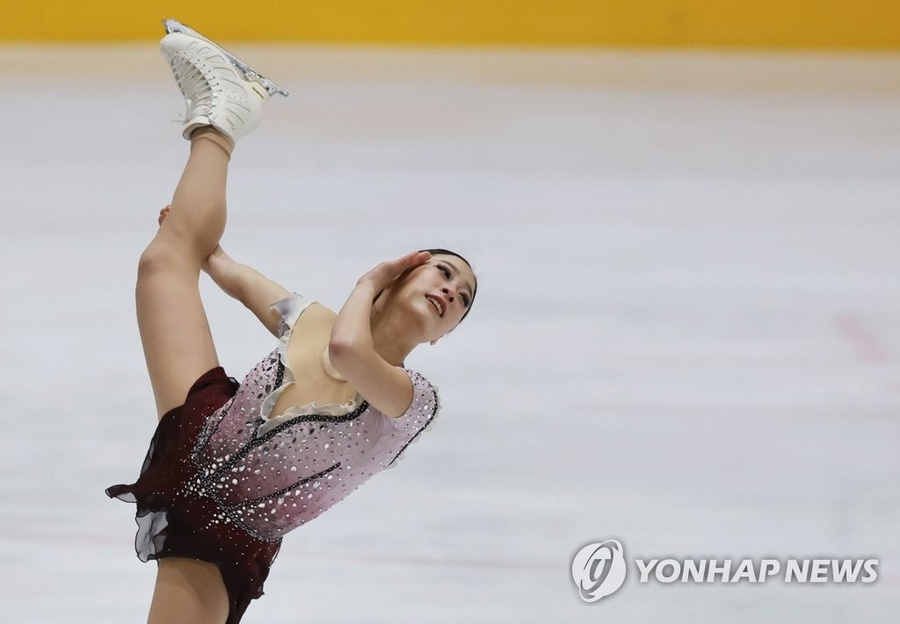 You Young performs her free skate in the Winter Olympic trials at Uijeongbu Indoor Ice Rink in Uijeongbu, 20km north of Seoul, on Sunday, January 9. © Yonhap

Seoul, Korea, January 11, 2022: One of Asia’s brightest winter sports prospects, Korean figure skater You Young, is on her way to her first Olympics.

The 17-year-old Winter Youth Olympic Games champion from Lausanne 2020 won the national trials in Korea on Sunday to book her ticket to Beijing next month.

The national trials in Korea were held over two legs in December and January – and You came out on top with a combined score of 430.08 points.

You, the 2020 Four Continents Championships silver medalist, won the second leg on Sunday with 221.49 points overall - 76.55 points in the short programme and 144.94 points in free skate.

Kim Ye-lim earned the second ticket in women’s singles with 413.46 points in the two trials events. She also finished second in the second leg with 207.64 points. Like You Young, Kim will also be skating in the Olympics for the first time.

In the men’s singles, Cha Jun-hwan is bound for his second straight Winter Olympics after winning the second leg with 283.31 points overall - 185.00 points in Sunday's free skate and 98.31 points in Saturday's short programme.