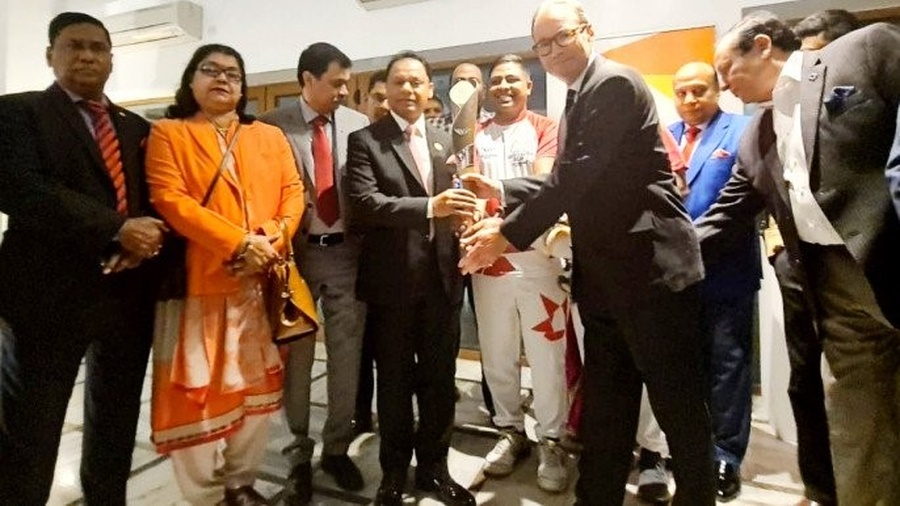 Dhaka, Bangladesh, January 10, 2022: The arrival of the Queen’s Baton in Dhaka marked the 50th anniversary of Bangladesh-UK relations and the two countries’ ties through the Commonwealth and is another important milestone of “Brit Bangla Bondhon,” said the British High Commissioner to Bangladesh, Robert Dickson.

At a reception hosted by the British High Commission to welcome the Queen’s Baton Relay to Bangladesh, the British envoy said the Baton ignited hope, solidarity and collaboration as it connected communities embracing unique cultures and inspired the next generation of sporting heroes.

The Baton was carried to the High Commission by celebrated Bangladeshi sports shooters Abdullah Hel Baki and Shakil Ahmed, who were welcomed by the British High Commissioner and the President of the Bangladesh Olympic Association, Gen. SM Shaffiuddin Ahmed.

“We feel really honoured in Bangladesh as the Baton has reached us,” said the BOA President, adding that he would be happy if Bangladesh “can come up with a good number of medals” at the Birmingham 2022 Commonwealth Games starting July 28.

Throughout the relay, Bangladesh athletes and Baton-bearers shared their stories of striving for change in their communities.

Bangladesh is the 26th country in the Queen’s Baton Relay which is set to take in 72 nations and territories. Later on Monday, January 10, the Baton will leave for India, the final leg of the South Asian swing. 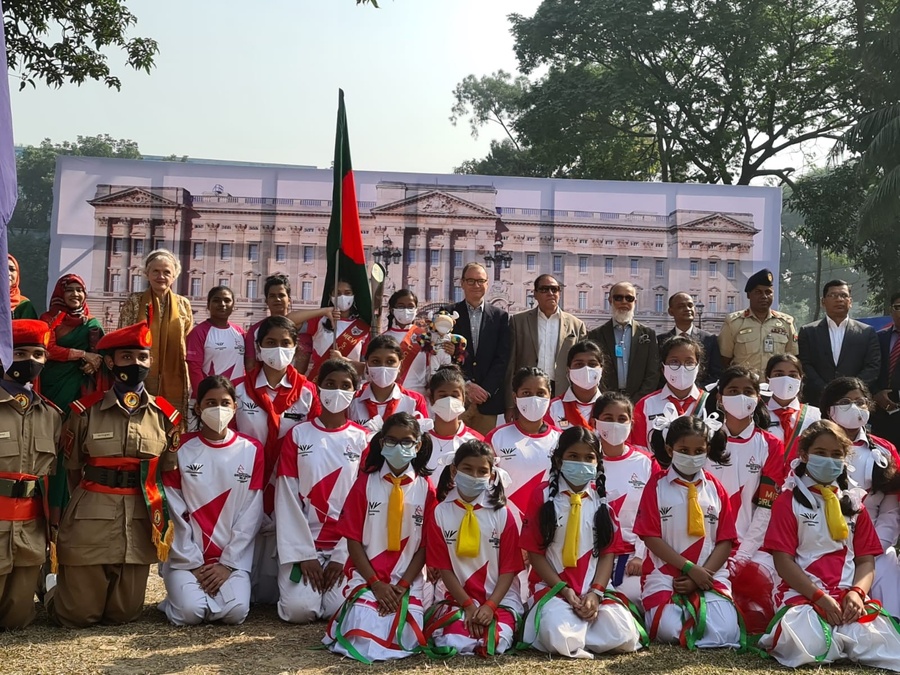