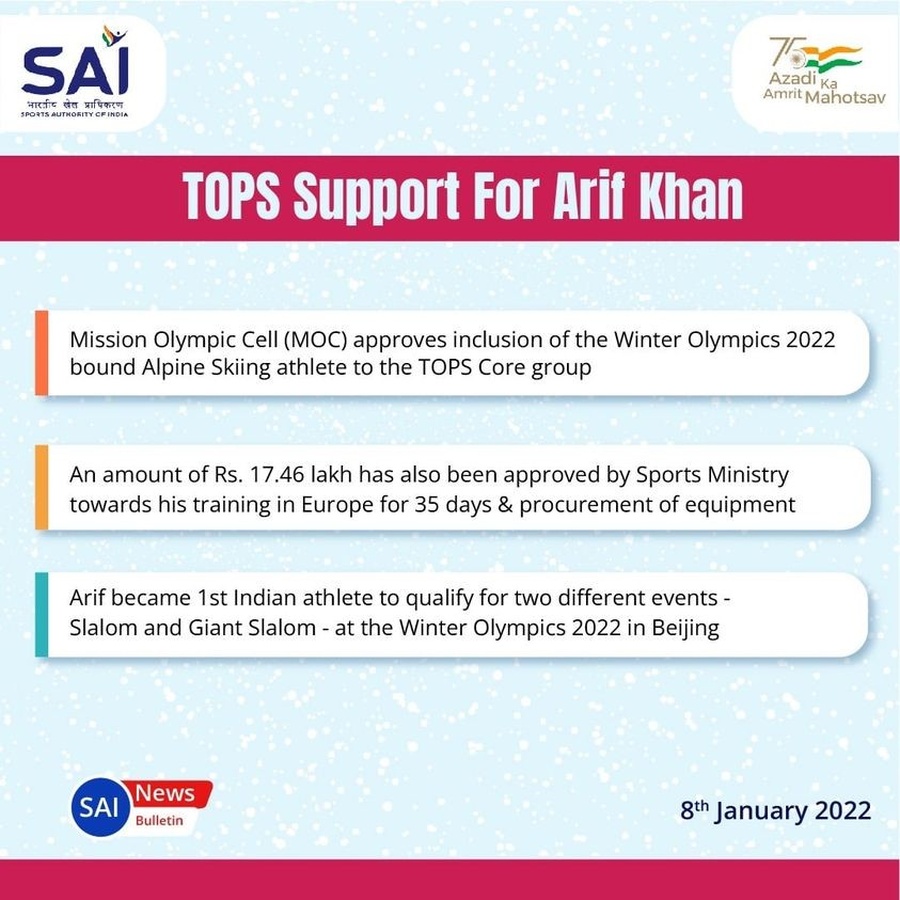 New Delhi, India, January 9, 2022: The Sports Authority of India has given a financial grant of Rs. 17.46 lakh (US$23,500) to Beijing Winter Olympics-bound alpine skier Arif Khan for his training in Europe prior to the Games which gets underway on February 4.

The 31-year-old Khan is the first Indian to qualify for two events at the Winter Olympic Games, competing in the Slalom and Giant Slalom events.

“The Sports Authority’s Mission Olympic Cell has approved the inclusion of Alpine Skiing athlete Arif Khan in the Target Olympic Podium Scheme (TOPS) Core group, until the Winter Olympics, scheduled this February in Beijing, China,” the SAI posted on its Facebook page.

“He has also been approved an amount of Rs. 17.46 lakh towards his training in Europe for 35 days and procurement of equipment, ahead of the grand event in China,” the SAI statement added.

Khan is presently training in Austria and is accompanied by his coach and physiotherapist. His 35-day funding began from the time he qualified for the Winter Olympics.

A month after securing his berth in the slalom in an Olympic qualifying event in Dubai, Khan won the quota in giant slalom in a competition in Montenegro last December.

He won two gold medals, in slalom and giant slalom, at the 2011 South Asian Winter Games. 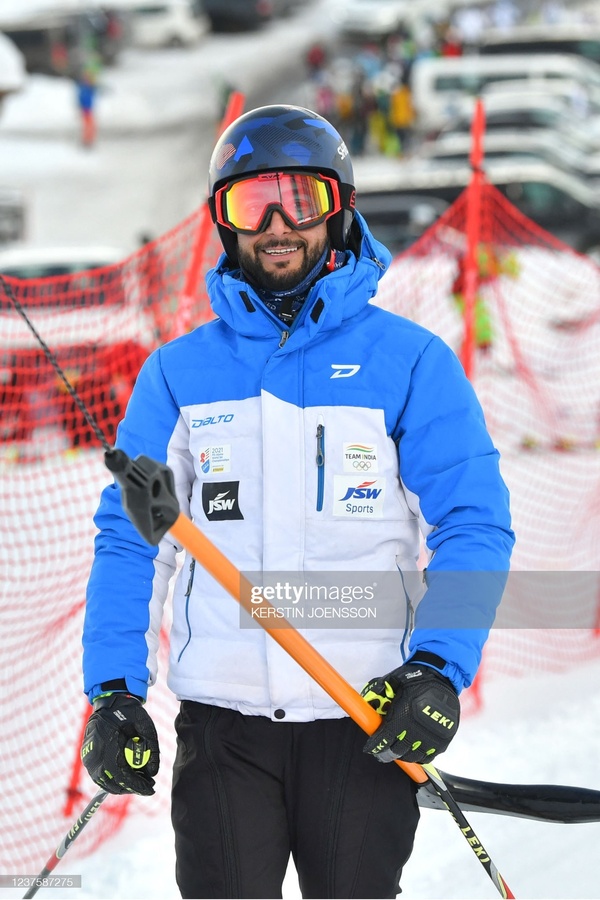