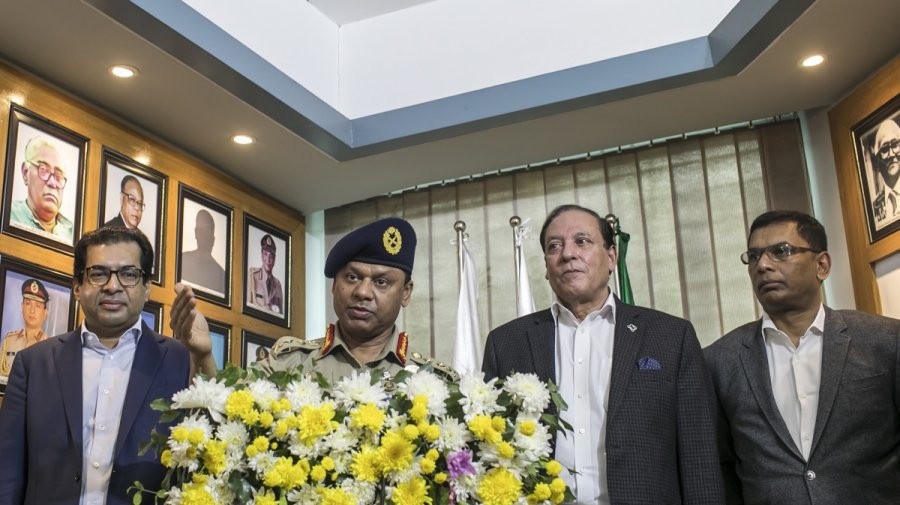 Dhaka, Bangladesh, January 4, 2022: Newly elected President of the Bangladesh Olympic Association, General S.M. Shafiuddin, Chief of Staff of the Bangladesh Army, has stated the focus of his new committee will be on national athletes winning more medals in the international arena.

Addressing the media at a press conference at Bangladesh Olympic Association House, the BOA President said the country’s athletes would first have to perform well at the South Asian Games and Asian Games if they were to target the Olympics.

“I’m the President of the Olympic Association. Naturally I will think of the Olympics. I have no other alternative. The target has to be long term. If we are to do well at the Olympics we have to perform well in South Asian Games and Asian Games,” General Shafiuddin said.

Flanked by BOA Secretary General Syed Shahed Reza and Vice President Kazi Nabil Ahmed, the BOA President, who was elected unopposed last month, said: “It is a great honour to be bestowed with such a responsibility on the Golden Jubilee of Independence and the birth centenary of Bangabandhu. I count myself lucky. I thank the honourable Prime Minister for trusting me. I will endeavour to repay the trust shown in me.

“I just took over. I discussed with all those who are with me, the executive committee. After getting introduced to them, I saw that all the members of this committee are experts in their respective fields. We have set a simple goal of utilising their combined skills with the aim of doing better than before. Inshallah, with the cooperation of all of you, we will be able to do better than before,” General Shafiuddin told the Bangladeshi media.

The BOA President revealed that the executive committee would soon unveil an action plan.