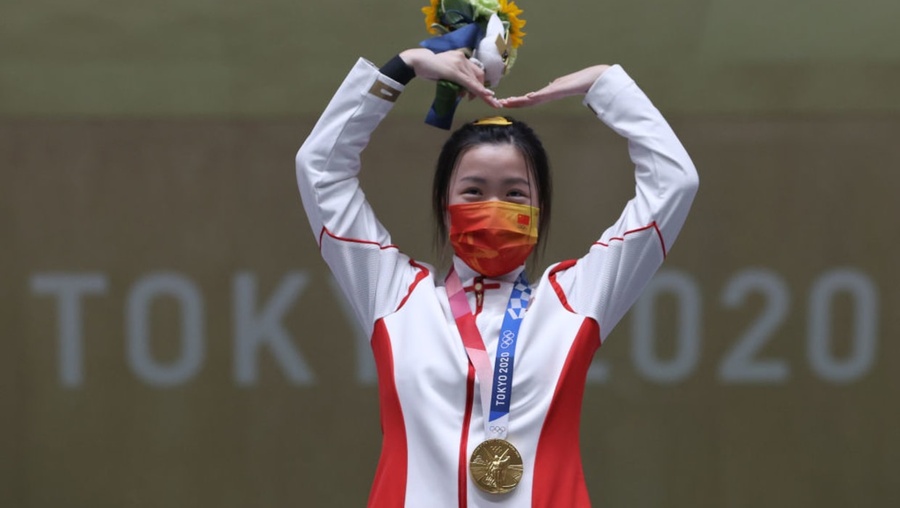 Hangzhou, China, January 4, 2022: Six Tokyo 2020 Olympic champions from China began the new year with a video message wishing all the best for a successful 19th Asian Games in Hangzhou in September 2022.

The six athletes came from five different sports – shooting, swimming, gymnastics, weightlifting and badminton – and all of them came home from Tokyo with gold medals.

The sequence of messages was led off by Yang Qian, who made history as the first athlete to win a gold medal at Tokyo 2020 – in the women’s 10m air rifle. She would add a second gold in partnership with Yang Haoran in the 10m air rifle mixed team event.

“Don’t under-estimate what you can achieve as an athlete,” she said in her message.

“Believe in the power of your dreams and strive for the best results at the Asian Games. Let’s meet in Hangzhou,” added the 21-year-old Yang, whose hometown is Ningbo – one of the co-host cities for the 19th Asian Games in Zhejiang province.

The 19th Asian Games will take place in Hangzhou – capital city of Zhejiang province in eastern China – from September 10-25, 2022.