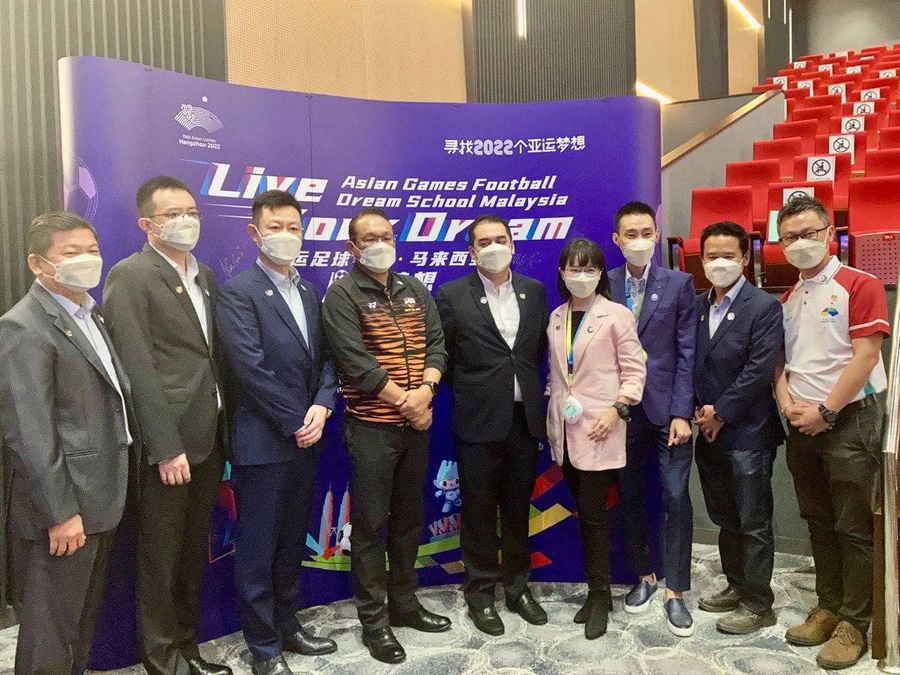 The ceremony was attended by the following dignitaries:

EAMC President Jiang Zhongqi said EAMC was honoured to be selected by HAGOC to coordinate the Asian Games Football Dream School - a public welfare project of HAGOC. The project aims to realise the football dreams of selected schools by providing equipment, training and related programmes and activities.

On behalf of the OCM, Dato’ Chong Kim Fatt thanked HAGOC and the EAMC for inviting the OCM to launch the project in Malaysia.

“We hope the Asian Games Football Dream School project will achieve its objectives and, at the same time, strengthen the friendship and diplomatic relationship between Malaysia and China. We wish the 19th Asian Games Hangzhou 2022 every success,” added Dato’ Chong Kim Fatt. 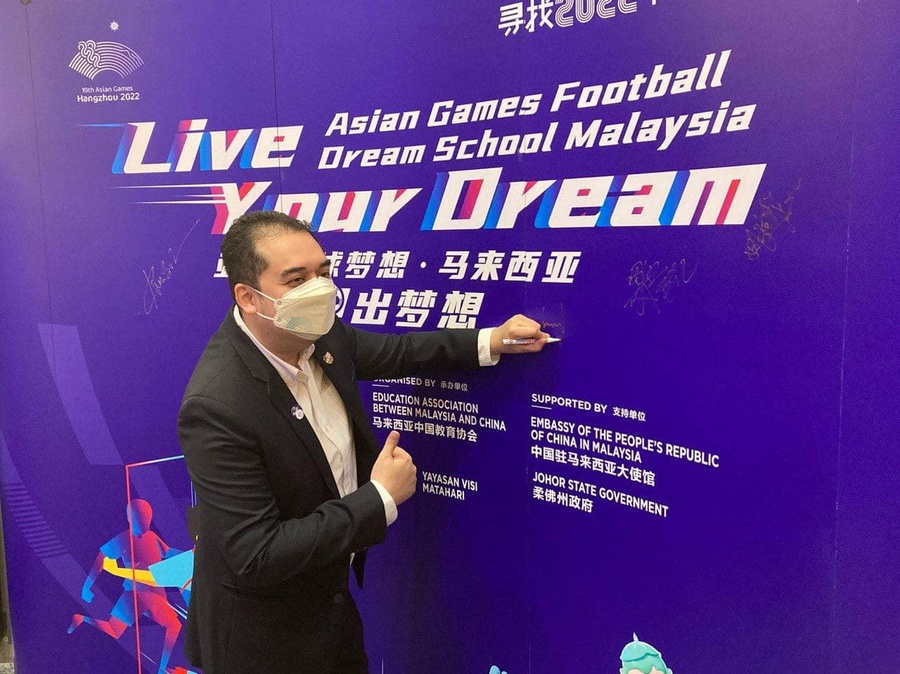