Philippines "win as one" as SEA Games hosts 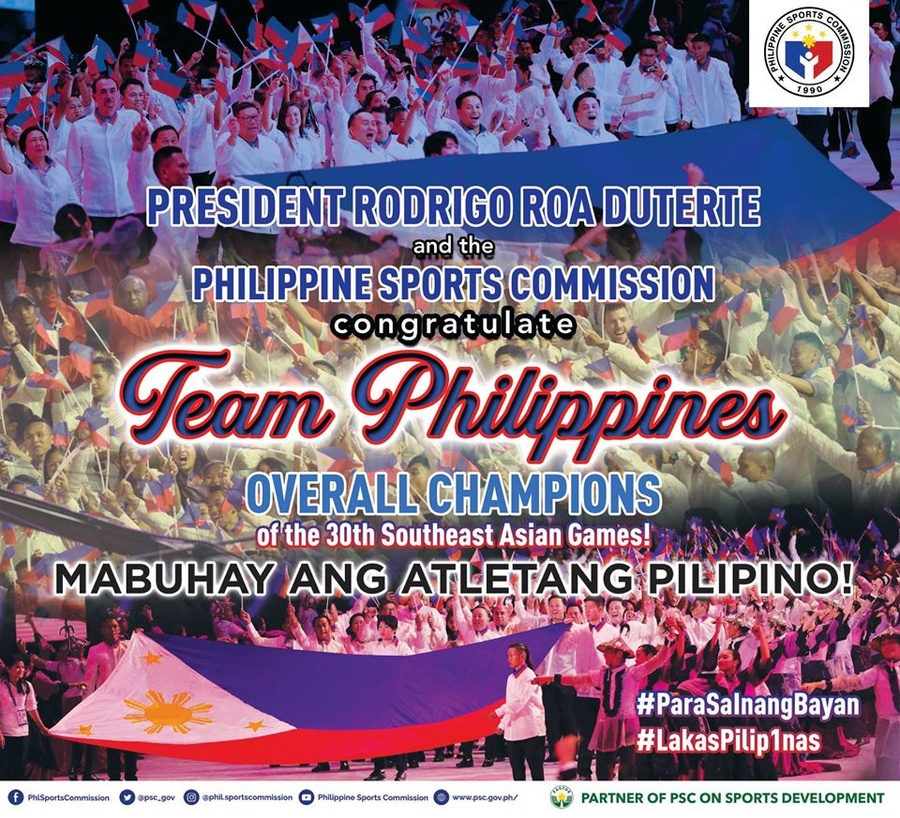 Manila, Philippines, December 11, 2019: The Philippines have become the overall champions of the 30th Southeast Asian Games 2019 for the first time since reigning supreme as host in 2005. This spectacular success at the top of the 11-team medals table ends a string of fifth- and sixth- place finishes in the last six SEA Games, including a worst ever seventh-place finish in the 2013 Games in Myanmar. “This victory is very sweet given the many difficulties we had to face,” said Chef de Mission and Philippine Sports Commission Chairman William “Butch” Ramirez. “This win proves that we can achieve a lot when we come together united as one team.” The battle cry was “We Win As One” and this certainly proved the case as the Philippines athletes, supported in great numbers by proud and enthusiastic fans at all of the 44 competition venues for the 56 sports, produced a series of golden performances. The Philippines won 149 gold medals, 117 silver and 121 bronze for a total haul of 387. Vietnam, the next SEA Games hosts in 2021, finished second with 97 gold medals, followed by Thailand with 92, Indonesia 72, Malaysia 55 and Singapore 53. Besides the financial package the medal-winning athletes will receive from the government's Philippine Sports Commission and the Philippine Olympic Committee, President Rodrigo Duterte will add P250,000 more for a golden finish, P150,000 for a silver performance and P100,000 for a bronze. All Filipino medalists in these Games have been invited by President Duterte on December 18 at Malacanang presidential palace where the cash rewards will be presented.