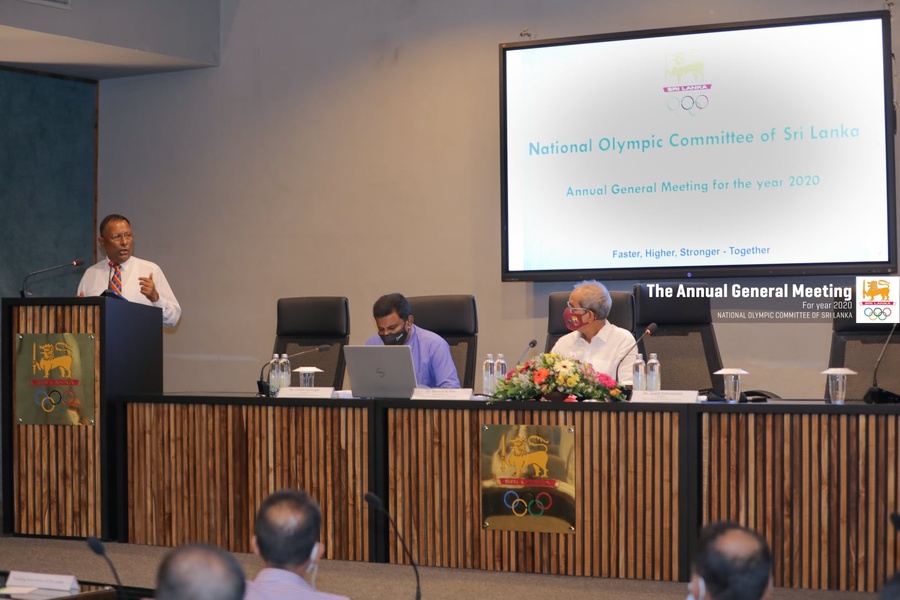 Colombo, Sri Lanka, November 30, 2021: The President of the Sri Lanka National Olympic Committee, Suresh Subramaniam, has called for unity among all stakeholders in his opening address at the 2020 Annual General Meeting on Saturday, November 27.

“Our ultimate goal is international medals and we must make this a reality. To achieve this task, we must shed our differences and work together. Most in this forum are former athletes who have shone in their given fields of activity. They know that, to achieve positive results, there should be unity and vision,” Subramaniam told representatives of National Sports Federations and other guests gathered at the NOC headquarters in Colombo.

“I am very happy to see at least one person from each federation present in this auditorium. It was a tremendous task during the last two years to meet people personally and I am very happy that all of you are present here today,” Subramaniam pointed out.

The Sri Lanka NOC chief, who was elected in 2018, said the past year had presented tough challenges but, despite many hurdles, the NOC had been able to carry out its duties.

He also praised the fact that, for the first time in the NOC’s history, an audit report had been presented without any flaws in it.

“I would like to thank the NOC’s Finance Committee for presenting an unblemished financial report and I must make special mention of its two stalwarts, Joseph Kenny and Lalith Vithana, for guiding us through financial proceedings through the given period,” Subramaniam said.

Thanking the NOC sponsors, Subramniam added: “We have great backing from the corporate sector with leading companies like Akbar Brothers, MAS Holdings, Sunshine Holdings, Hirdaramani, Crysbro who have all come forward and are supporting us.”

The Sri Lanka NOC welcomed two new federations – Gymnastics and Equestrian – and also hailed the contribution made to Olympism by Dr. Chelliah Thurairajah, who was presented with a special plaque commending his work. 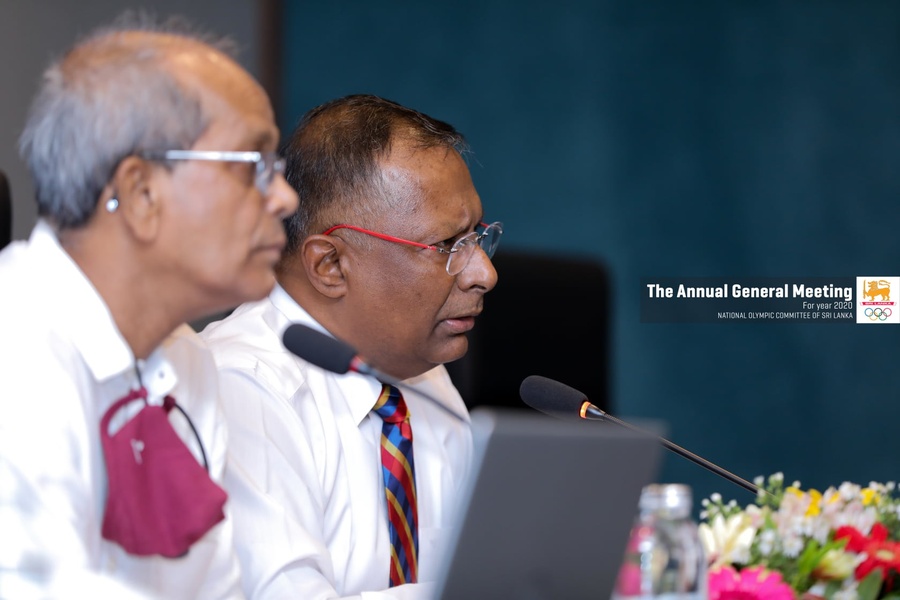 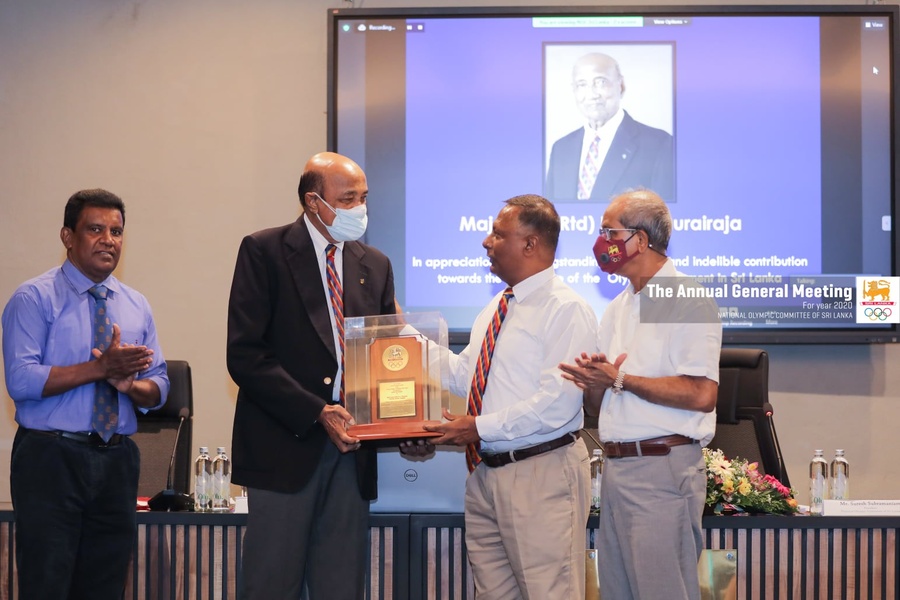