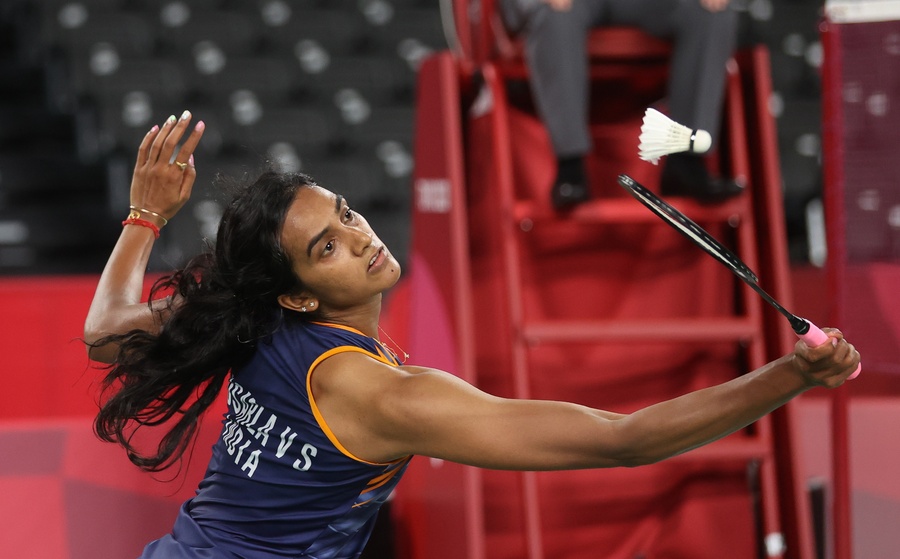 India’s PV Sindhu is one of nine candidates for six places on the BWF Athletes’ Commission. © BWF Badminton

Kuala Lumpur, Malaysia, November 23, 2021: The elections for the Athletes’ Commission of the Badminton World Federation will take place on Friday, December 17, 2021 alongside the TotalEnergies BWF World Championships 2021 in Huelva, Spain.

Eligible voters will be able to “vote in person” at the Championships or vote online.

Here is a brief profile of the five Asian candidates:

*Greysia Polii: Olympic champion in women’s doubles at Tokyo 2020 with Apriyani Rahayu, Greysia has a current world ranking of six in women’s doubles. “I would like to assist my fellow players to achieve their dreams and help them out with their requests around competing on the international circuit,” she said.

*Kim So-yeong’s goal as an Athletes’ Commission member is to support and help other players and to work on behalf of the players to achieve shared goals. Kim is a bronze medallist in women’s doubles at Tokyo 2020 (partner Kong Heeyong) and they have a current world ranking of four in women’s doubles.

*PV Sindhu, ranked seventh in the world, is currently a member of the BWF Athletes’ Commission and was elected in 2017. Sindhu was selected as one of two BWF Integrity Ambassadors announced in 2020. The 2019 world champion won a silver medal at Rio 2016 and bronze at Tokyo 2020.

*Soraya Aghaei Hajiagha competed at Tokyo 2020 as the first ever women’s badminton player to represent Iran at the Olympic Games. Soraya, who started playing badminton aged seven, wants to be a voice for all athletes “so that together we can pursue our dreams and achieve our goals together”.

*Zheng Siwei was a silver medallist in mixed doubles (with Huang Yaqiong) at Tokyo 2020. Zheng/Huang are ranked No. 1 in the world. The pair are two-time world champions (2019, 2018) and were Asian Games 2018 mixed doubles champions.