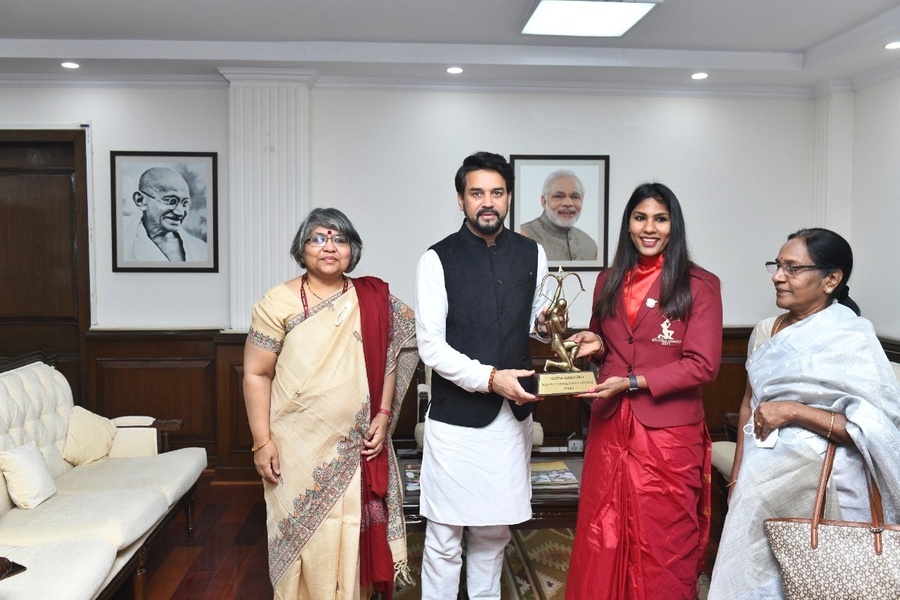 New Delhi, India, November 23, 2021: India’s Olympic fencer CA Bhavani Devi has been quick to pay tribute to everyone who helped her on the road to receiving the prestigious Arjuna Award.

The sabre specialist, who became the first fencer from India to qualify for the Olympic Games, at Tokyo 2020, received the award on November 13. It was presented by the Ministry of Youth Affairs and Sports of the Government of India and recognised her “outstanding achievements” in fencing in 2021.

Since then, Bhavani Devi has met with high-ranking officials in government and the Olympic sports movement. These include the Chief Minister of Tamil Nadu, M.K. Stalin, Union Minister Anurag Thakur and Indian Olympic Association Secretary General Rajeev Mehta.

“Finally, I feel proud to share this award with my fencing family, the Fencing Association of India and all the Indian fencing fraternity,” she said in a Facebook post dated November 20.

“Had a great time interacting with them and I am glad to see the progress and future plans for the development of this sport.”

Regarding her meeting with Anurag Thakur, she commented: “We discussed about fencing and challenges faced by women athletes in this sport. The sports ministry will give all possible support to bring this sport up and make it accessible to the youths of the country.”

On holding the Arjuna Award for the first time earlier in the month, Bhavani Devi described it as “my childhood dream” and added: “Today it happened. I am so much emotional. Work hard and play for the country. One day, the country will pay back. Thank YOU 🇮🇳.” 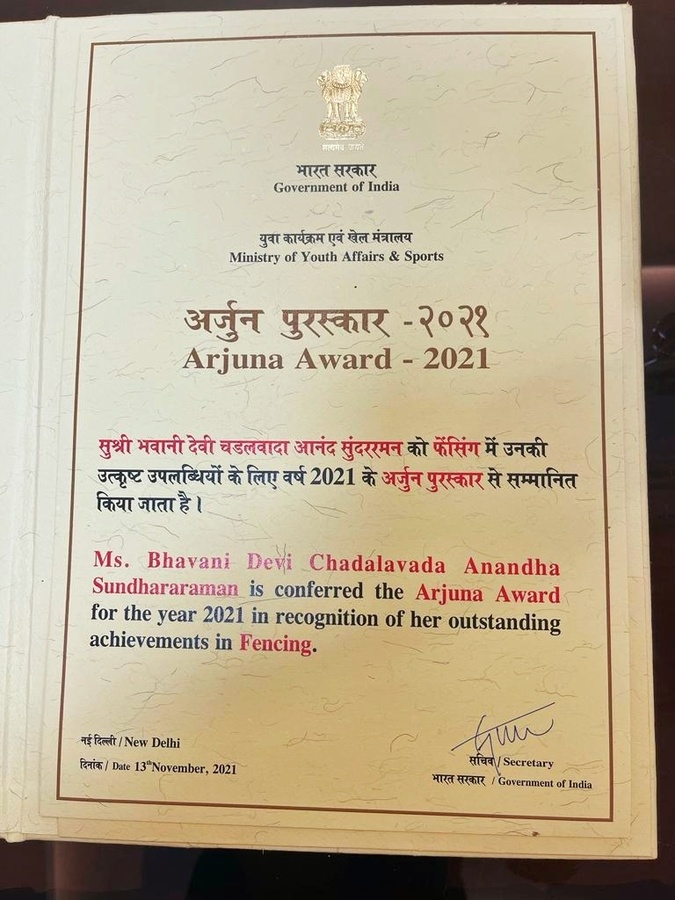 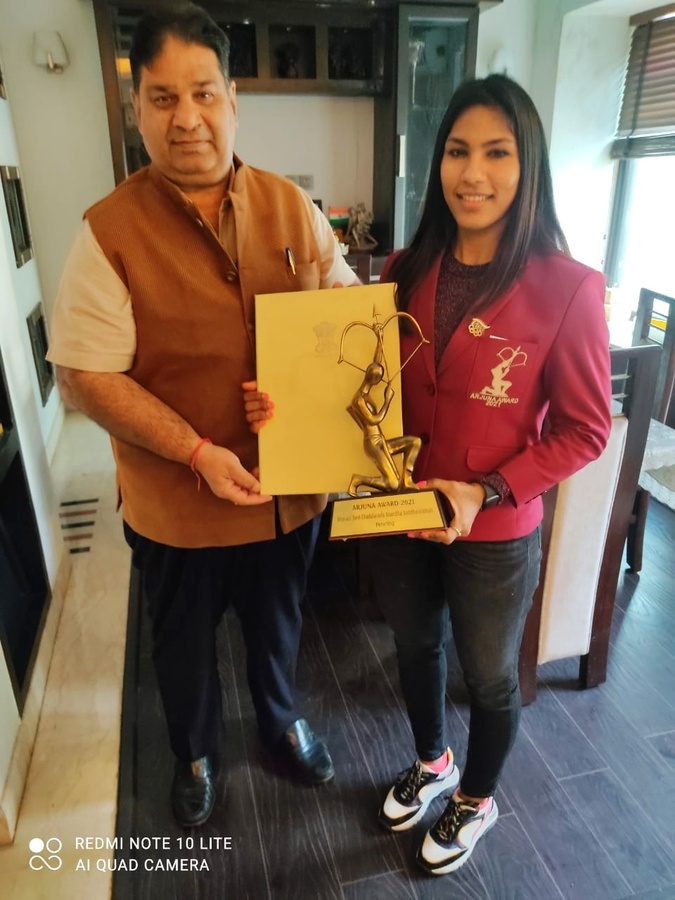