The National Olympic Committee of Cambodia signed a host city contract with the OCA to organise the 5th Asian Youth Games in Phnom Penh in 2029. This will be the first time for Cambodia to host an OCA event and it will come six years after the country hosts the 11-nation Southeast Asian Games for the first time in 2023.

Later in the meeting, the host city of the 2034 Asian Games – Riyadh, Saudi Arabia – asked the General Assembly for approval to host the OCA’s 7th Asian Indoor and Martial Arts Games in 2025. The proposal was put to the house and passed unanimously, providing Riyadh with a test event nine years before they organise the 32nd Asian Games.

The two additions to the OCA sports calendar further highlighted the robust programme of the OCA, as their showpiece event – the Asian Games – is already secured for the next four editions: the 19th Asian Games in Hangzhou, China in September 2022; the 20th Asian Games in Aichi-Nagoya, Japan in 2026; the 21st Asian Games in Doha, Qatar in 2030; and the 32nd Asian Games in Riyadh, Saudi Arabia in 2034.

The General Assembly was held in a hybrid format for the second consecutive year, with 30 of the 44 eligible National Olympic Committees attending in-person and 14 joining the meeting online through the Zoom video conference.

It was also decided that the name of the OCA Women and Sports Committee would change to the Gender Equity Committee to reflect the modern trends in the sports world. This motion was proposed at the Executive Board meeting the previous day and approved by the General Assembly.

The agenda included reports from the 16 OCA standing committees, ANOC, the IOC’s Olympic Solidarity Commission, the organising committees of seven international multi-sport games under the OCA flag as well as the newly established Asian Olympic Academy, which is an OCA education project to be run out of Kookmin University in Seoul, Korea.

The Acting President of the OCA, Raja Randhir Singh, described the meeting as “a great success” and thanked all the delegates for making the General Assembly possible to be held in-person and virtually. 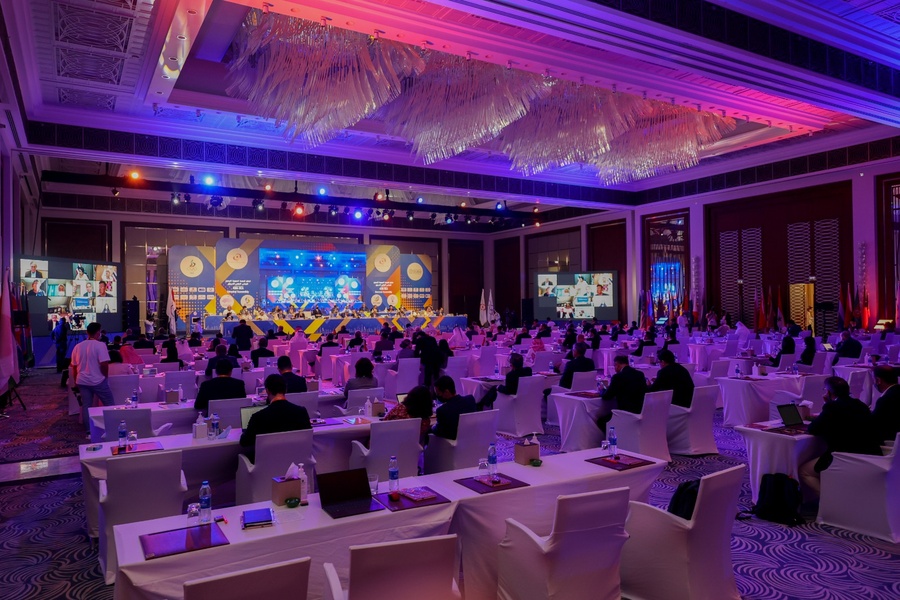