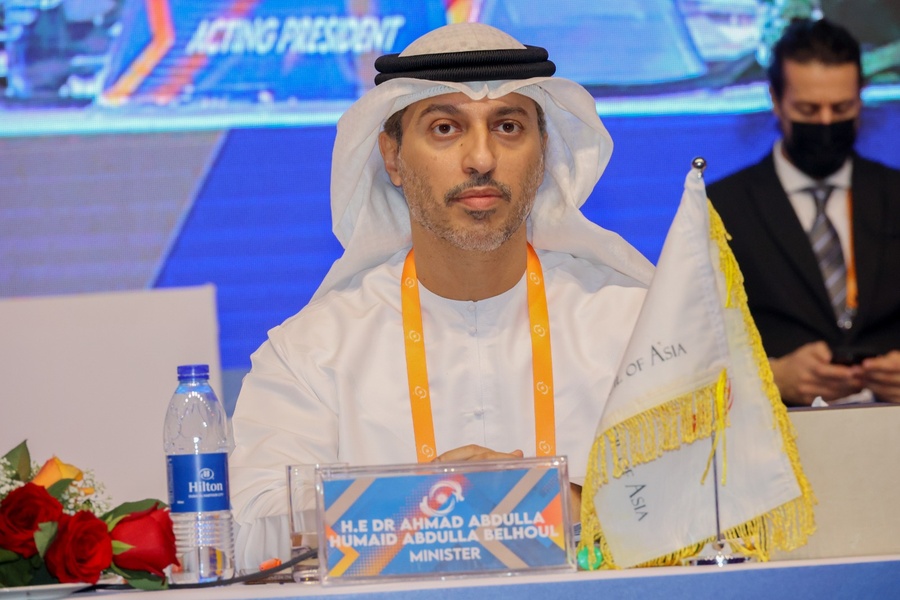 Addressing delegates from Asia's National Olympic Committees, the UAE Sports Minister said the fact that a number of major sporting events were being held in Dubai was evidence that the Emirates was open to the world after the pandemic.

“We are pleased to host the Olympic Council of Asia’s General Assembly which is one of the many major events we have held recently. As you all know, the Dubai Expo 2020 is ongoing, and we also held the Dubai Airshow, which proves that Dubai is open for business,” Dr. Ahmad said.

“I pass on the greetings from the President of the UAE National Olympic Committee, HH Sheikh Ahmed Bin Mohammed Bin Rashid Al Maktoum,” Dr. Ahmad said. “I thank you all for being here.”