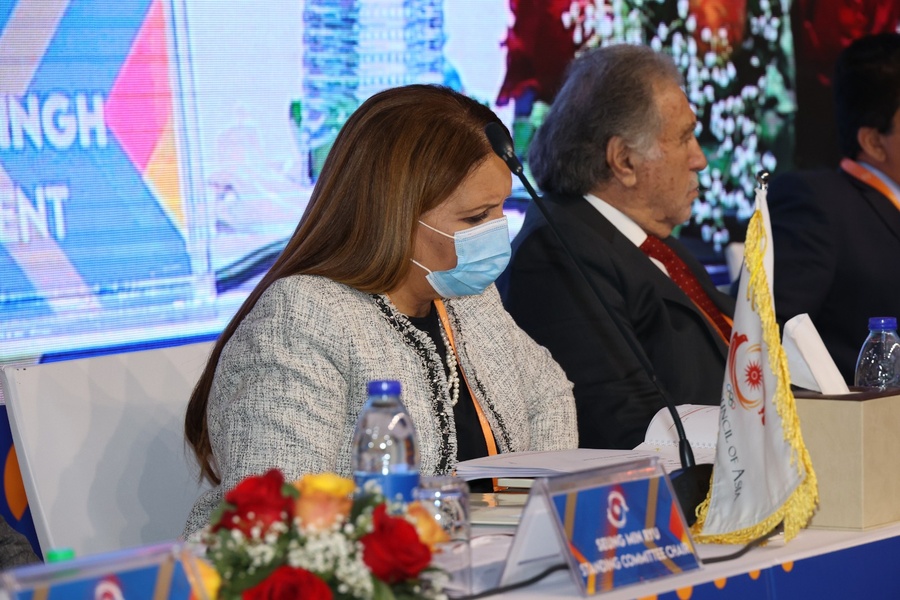 Dubai, United Arab Emirates, November 21, 2021: The participation of women in sport in Asia received a huge shot in the arm with the 40th Olympic Council of Asia General Assembly in Dubai recognising the importance of gender equality in the region.

Moving with the times, delegates from the National Olympic Committees voted unanimously to rename the Women and Sports Committee of the OCA as Gender Equity Committee.

The proposal for the name change had been put forward by the Chair of the committee, Sheikha Hayat bint Abdulaziz Al-Khalifa of Bahrain, at the OCA Executive Board meeting the previous day.

“We want to rename the Women and Sports Committee so that it would encourage more men to participate in this committee,” Sheikha Hayat said.

This call was taken to heart, and at the General Assembly on Sunday, OCA Director General Dr. Husain Al-Musallam called for members to vote on the name change resulting in a unanimous show of hands in approval from the Asian NOCs.