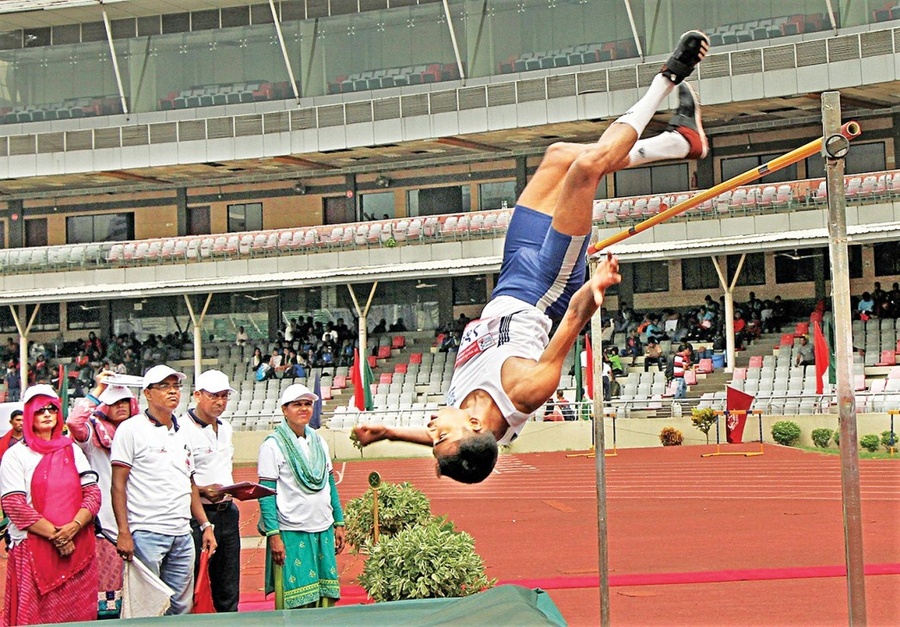 Dhaka, Bangladesh, September 8, 2019: The Bangladesh Athletics Federation is set to hire South African coach Godwin Odinukaeze in a bid to boost the country’s chances of winning medals in track and field at the 13th South Asian Games in Nepal later this year.

General Secretary of the Bangladesh Athletics Federation Abdur Rokib Montu revealed that a verbal agreement has been reached with the 51-year-old Odinukaeze, a sprint and hurdles coach, to begin his Bangladesh tenure from next Sunday, September 15.

“Currently Godwin is in Dubai trying to get the visa to come to Dhaka as soon as possible. The deal is not finalised yet but we hope to complete the procedure once he is here. We want him for only three months, until the South Asian Games, due to limitations on our budget. But we will consider extending the contract later if we find a way,” Montu told the Dhaka Tribune.

The South African is the former coach of Al Ain Sport Club in the United Arab Emirates.

A 24-strong athletic squad – 14 men and 10 women – has been named for the South Asian Games from December 1-10 in Kathmandu and Pokhara. The Federation brought in nine athletes who impressed at the National Summer Athletics Championships last week.

Bangladesh won two bronze medals in athletics at the last South Asian Games in India in 2016. They both came in the women’s relays, 4x100m and 4x400m.

On this occasion the men are also being looked at as medal hopes with Bangladesh officials pinning their chances on high jumper Mahfuzur Rahman, who recently set a new national record of 2.15 metres, sprinter Jahir Rayhan in the 400m and the men’s 4x100m relay team.