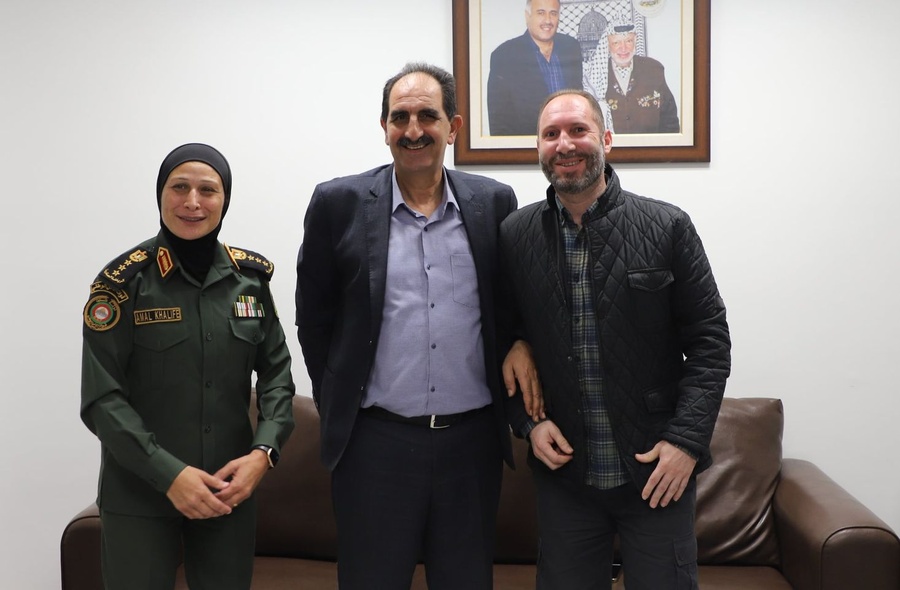 The pair discussed ways to strengthen cooperation between the POC and the military sports organisation. Also in attendance was Moan Barakat, head of the Palestine Archery Union.

Col. Khalifa outlined the military sports system in Palestine and its role on the sports field. She also spoke of the foundation of the organisation and its activities in individual and team sports.

The POC Secretary General said he welcomed the strengthening of cooperation with military sports as well as in artistic and other fields, including the Palestinian sports system.

Col. Khalifa praised the role of the POC President, Maj. Gen. Jibril Rajoub, in the development, organisation and promotion of Palestinian sport and athletes over many years and emphasized that the military sports organisation was very much a part of the sports family in Palestine.

The visiting Col. Khalifa was taken on a tour of the new POC HQ at Alram town, north of Jerusalem, which is set to be officially opened on December 14 for the General Assembly.