It's Karma as Bhutan qualifies for Olympics for first time

Bangkok, Thailand, November 28, 2019: Karma (one name only) has become the first athlete from Bhutan to win an Olympic quota place in any sport. She won a recurve women’s archery spot for Tokyo 2020 during the Asian continental qualification tournament in Bangkok. “It’s the first time for Bhutan to compete in a quarterfinal so I feel very happy and very lucky to shoot,” said Karma. “I feel my dream has come true. Before, it was a wildcard entry for me. Now I can compete with others, thank you so much.” Archery is Bhutan’s national sport. The country has competed in every Olympic archery tournament since Los Angeles in 1984 – on a universality invitation. Karma had one of those free tickets for the Rio 2016 Olympics. With the number of universality tickets being reduced from three per gender at Rio 2016 to two at Tokyo 2020, there was no certainty that Bhutan would continue to receive a free quota. The 31st seed in the qualification tournament, Karma defeated Iraq’s Rand Saad Al Mashhadani and Iranian Niloofar Alipoor, both 6-2, and then Thai Waraporn Phutdee, 6-4, to reach the quarterfinals. In the quarterfinals, the 29-year-old Karma beat Malaysia’s Nur Aliya Ghapar in a shoot-off to win the Olympic place. “I’m really happy with my coach. She gave me the power, energy to compete with others,” said Karma. Sally Park Young-sook, the Korean Olympian, is now Bhutan’s head coach. Source: World Archery 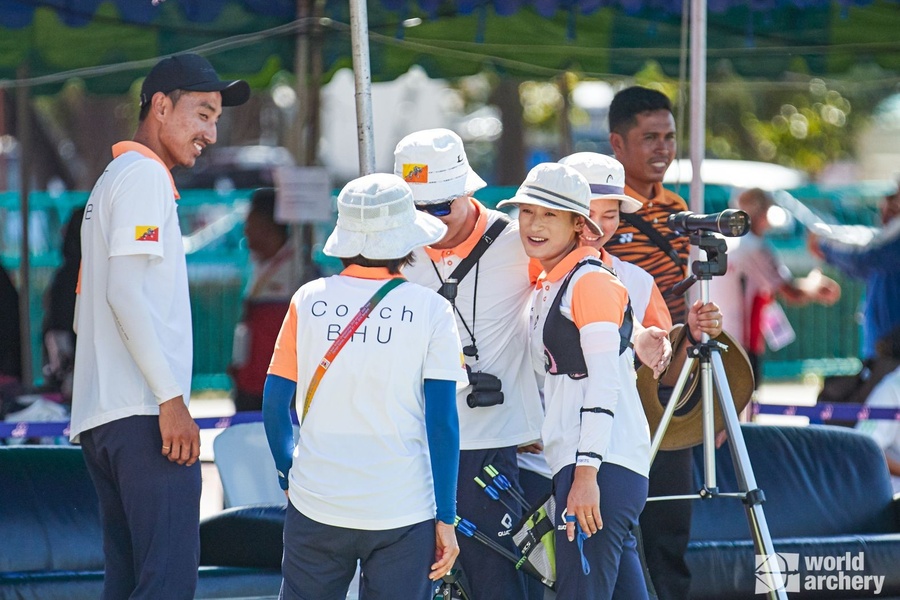