Asian Games golf champ soars to No. 5 in Rolex rankings 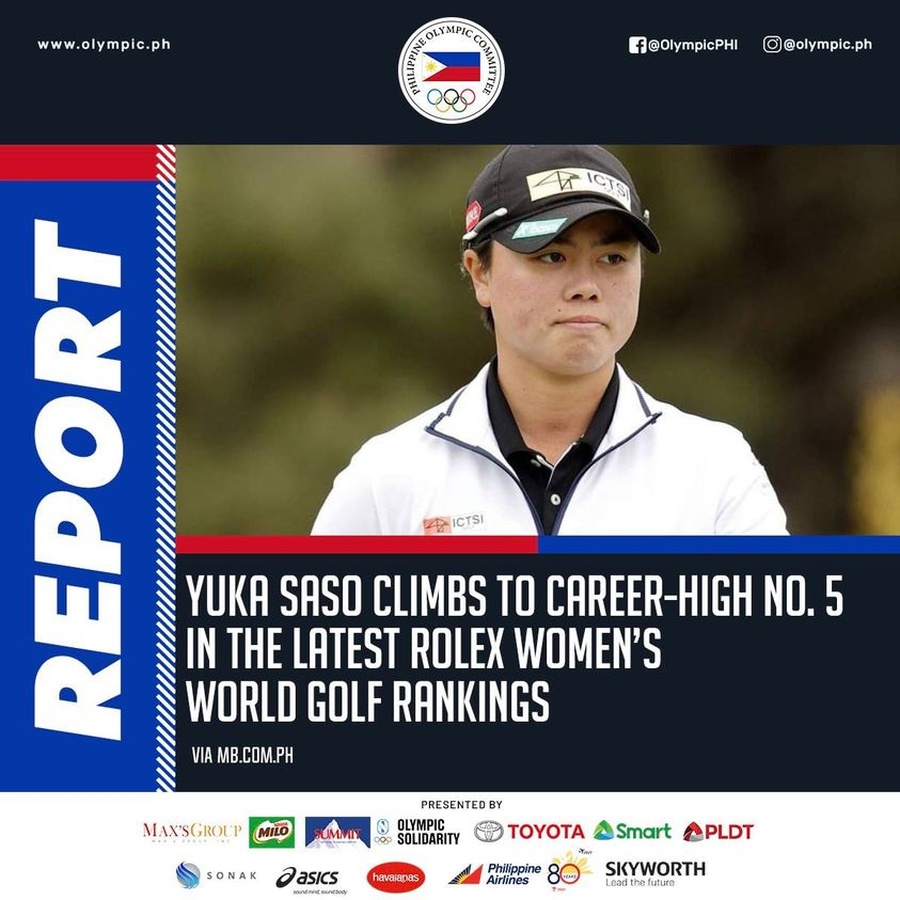 The 20-year-old Saso, who won the individual strokeplay and women’s team events at the 2018 Asian Games in Indonesia, moved up two places in the latest Rolex rankings issued on October 11.

This followed her fourth-placed finish in the Cognizant Founders Cup at West Caldwell, New Jersey last weekend in her rookie season on the LPGA Tour in the United States.

The Tokyo Olympian has been inside the Top 10 for 19 consecutive weeks and has earned USD1,474.010 in her first season in the States after taking the Japanese tour by storm last year.

The bulk of her earnings came from winning the USD1 million purse at the US Open, followed by USD138,664 at the Cognizant Founders Cup. She has achieved four career top 10 finishes this year.

The top four players in the Rolex rankings remained the same: world No. 1 Nelly Korda of the United States and Koreans Ko Jin Young, Park In Bee and Kim Sei Young.