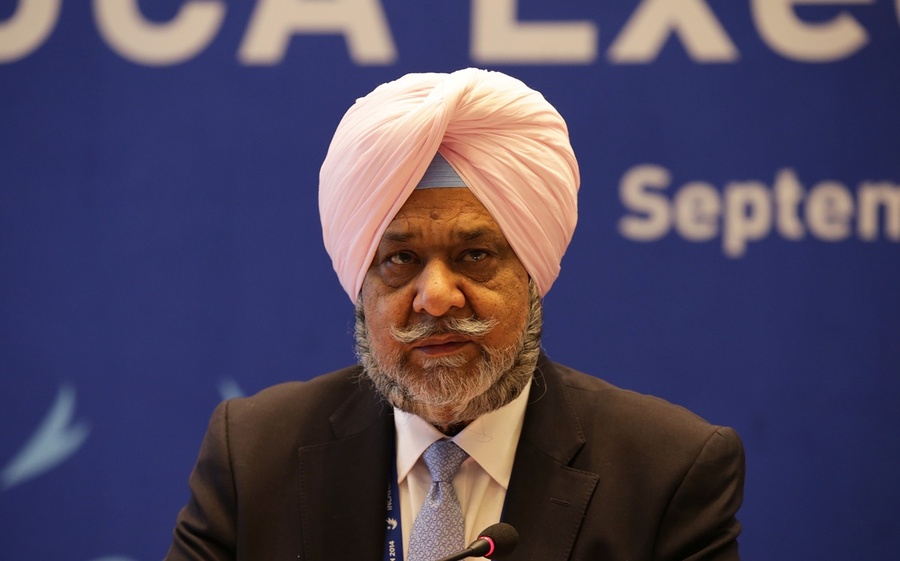 Kuwait City, Kuwait, October 11, 2021: The Acting President of the Olympic Council of Asia, Raja Randhir Singh, has written to the OCA’s National Olympic Committees and Executive Board members to provide an update on recent activities.

In a circular dated October 11, Raja Randhir writes that the world is returning to normal “slowly but steadily” amidst the global pandemic and this includes sporting activities.

“It has been almost a month since I assumed the responsibilities as the Acting President of OCA, and I thought that I should personally write to you and appraise you of the activities that OCA has undertaken in spite of the difficulties faced with the global pandemic,” says Raja Randhir.

“As you are aware, the 6th Sanya Asian Beach Games, 6th Asian Indoor and Martial Arts Games to be held in Bangkok and Chonburi and the 3rd Shantou Asian Youth Games had to be postponed due to the COVID-19 pandemic. However, preparations to conduct all the three later in 2022 and 2023 are underway and I am confident the games, as and when they are held, will be a great success.”

Regarding the 19th Asian Games in Hangzhou, China from September 10-25, 2022, Raja Randhir adds that preparations “are in full swing” with 40 sports, 61 disciplines and 482 events.

The Chef de Mission Seminar was held virtually on September 8-9 when the OCA’s 45 NOCs were joined by NOCs from Oceania, who will be competing in the Asian Games as guests for the first time, and the official torch named “Eternal Flame” and official uniforms for volunteers and technical officials were unveiled during the one-year countdown ceremony on September 10.

The recent OCA activities also included the joint OCA/IOC webinar on the prevention of the manipulation of competitions on September 29, with 150 participants, and the signing ceremony on October 9 between the OCA, the International Sport Strategy Foundation and Kookmin University for the establishment of the Asian Olympic Academy in Seoul.

Raja Randhir ends his update with the confirmation of the 40th OCA General Assembly in Dubai on November 21, preceded by the 76th OCA Executive Board meeting on November 20. The meetings will be held in hybrid style where those who cannot attend physically will be provided the opportunity to attend virtually.